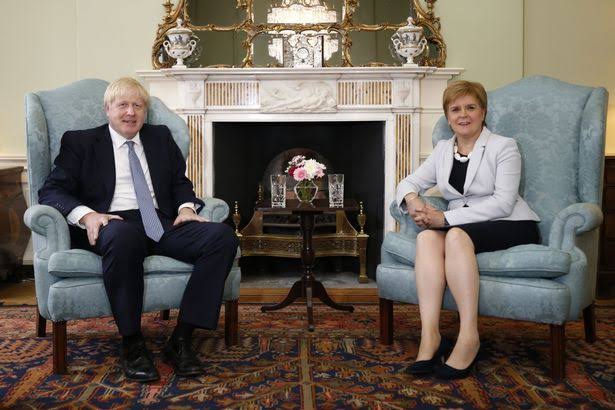 Scotland has suffered badly from Covid-19, the first Prime Minister, Sturgeon’s popularity has surged, largely as she has steered a more cautious approach out of the pandemic than her English counterparts.

British Prime Minister Boris Johnson landed on Thursday in Orkney, Scotland. He boldly proclaimed that the trip proved his commitment to a united nation.

“The Union is a fantastically strong institution – it’s helped our country through thick and thin,” he said. “I think what people really want to do is see our whole country coming back strongly together, and that’s what we’re going to do.”

Together, perhaps, but not with Scotland’s leader. For his first trip to Scotland this year, Johnson did not meet with Scotland’s top elected official, First Minister Nicola Sturgeon. That may be for good reason.

Johnson’s personal ratings, meanwhile, have taken a hit, as the messaging around reopening south of the Scottish border has been more haphazard. His visit to Scotland was an attempt to regain some political capital.

By visiting Scotland, Johnson hoped to underline the benefits to Scots of the 300-year-old union with England — he was keen to point out that it was the Treasury in London that saved thousands of Scottish jobs with its generous furlough scheme, for example.

But Conservative prime ministers have historically enjoyed little support in Scotland, and Sturgeon joked on Twitter that Johnson’s visit didn’t do her any harm.