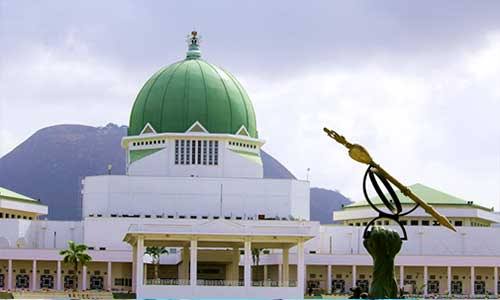 Nigerian Lawmakers Uncover Clause In Loan Deal Conceding Nigeria’s Sovereignty To China. The committee noted that the clauses in Article 8(1) of the commercial loan agreement signed between Nigeria and Export-Import Bank of China allegedly concedes sovereignty of Nigeria to China in the $400m loan for the Nigeria National Information and Communication Technology Infrastructure Backbone Phase II Project signed in 2018.

Chairman of the House Committee on Treaties, Protocol and Agreements, Ossai Nicholas Ossai, raised the alarm while probing loans received by the government. The committee noted that the clauses in Article 8(1) of the commercial loan agreement signed between Nigeria and Export-Import Bank of China allegedly concedes sovereignty of Nigeria to China in the $400m loan for the Nigeria National Information and Communication Technology Infrastructure Backbone Phase II Project signed in 2018.

The controversial clause in the agreement signed by Federal Ministry of Finance (borrower) on behalf of Nigeria and the Export-Import Bank of China (lender) on September 5, 2018, provides that, “The borrower hereby irrevocably waives any immunity on the grounds of sovereign or otherwise for itself or its property in connection with any arbitration proceeding pursuant to Article 8(5), thereof with the enforcement of any arbitral award pursuant thereto, except for the military assets and Thediplomatic assets.

”However, Minister of Transportation, Mr Rotimi Amaechi; urged the House not to investigate the loans being received by the government, adding that the probe will jeopardise the chances of the country in getting further loans. He added that China was monitoring happenings in Nigeria and the probe will send a negative message to the Asian country about Nigeria.

He said, “My fear is that if this probe continues, at the end of the day, some sections of the country may suffer. In oversighting, there is what is called national interest. “But in asking questions on these loans now, it may jeopardise these loans.

The Lagos-Ibadan is not completed; the Ibadan-Kano is not completed. “Let the Government of China not say there is a disagreement in the government on this loan and so we will not give this loan. “So, I appeal to the chairman to give us from now till December when we are likely to secure the loans. Then, from January, February, you can resume this investigation.

”However, Amaechi’s plea was not taken as the Committee Chairman said that the minister should return to the committee on August 17 with other ministers to give details of the contract agreements. The House also summoned the Minister of Communication, Ali Isa Pantani; Minister of Finance, Budget and National Planning, Mrs Zainab Ahmed; and Director General of the Debt Management Office, Ms Patience Oniha. The ministers are expected to provide answers on the $500m loan to be sourced from the Export-Import Bank of China for railway lines in the country.

They are also to provide details on the agreement signed between the Federal Ministry of Transport and the China Civil Engineering Construction Corporation in respect of some railway projects in the country. The projects involved are the Abuja-Kaduna, Lagos-Ibadan, Ibadan-Kaduna and Kaduna-Kano railways lines.