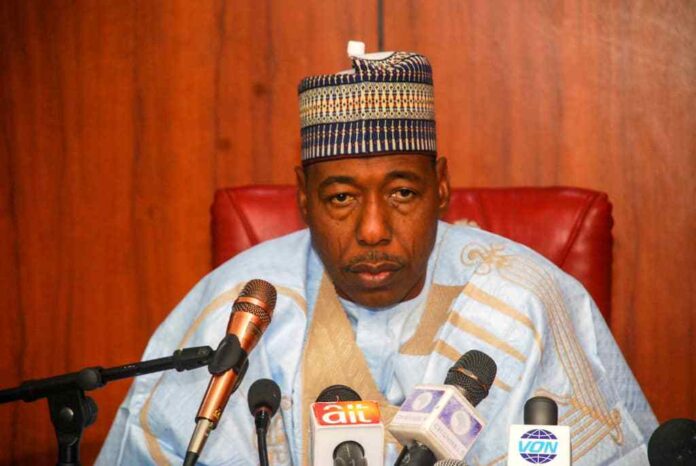 Zulum said the insurgent attacks experienced in towns earmarked for resettlement is a ploy to intimidate civilians so that only the terrorists can have access to the towns.

He said this on Monday while inaugurating two committees for another phase of the IDPs resettlement.

“One of the tactics of the insurgents is to ensure that there is no human population in most of the locations in the state.

“The presence of the human population in villages and towns is a threat to them. We have to take destiny into our own hands, so the earlier the better,” the governor said.

Indigenes of Marte in Northern Borno and indigenes of five wards in Gwoza Council area have been identified by the committee for resettlement soon.

The resettlement committee have been mandated to rebuild the communities which are now in a state of disrepair because of the activities of the insurgents and natural disaster.

It will be recalled that security operatives not less than five were killed after a convoy conveying officials of the Borno State Government were attacked near Monguno town.

The officials were ambushed by Boko Haram terrorists last week Friday while they were journeying to Baga, where Governor Zulum is expected to receive returning IDPs.

Zulum maintained that the trips preluding the resettlement of the people of Baga in which over 18 persons were killed, was okayed by the Nigerian Army.

He stressed that the attack was sabotage and but his administration will not be deterred and will continue with its plan to resettle more IDPs.