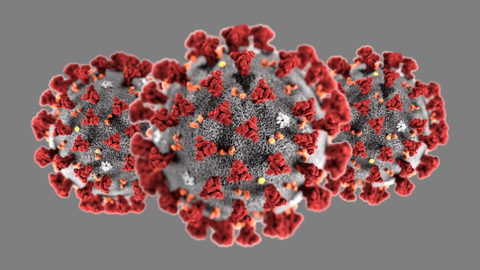 The number of coronavirus cases reported worldwide passed 35 million in the early hours of Sunday, data from worldometers.info has revealed.

This is just as the total infections in Africa crossed 1.5 million, indicating a gradual increase in cases on the continent once perceived as a safe haven for the virus.

The figure has more than doubled in about two months after reaching 15 million on July 22.

COVID-19, the potentially dangerous pneumonia-like disease caused by the coronavirus and said to have emanated from a local Wuhan market and spread to over 200 countries, has also claimed more than a million lives.

The US, India and Brazil have the most confirmed cases, but there is a renewed spike in infections across Europe with the World Health Organisation (WHO) warning of an impending surge of infections in the continent.

“We have a very serious situation unfolding before us,” said Hans Kluge, WHO’s regional director for Europe, Euronews reported.

More than half of European countries have reported a greater than 10 per cent increase in cases in the past two weeks.

Meanwhile, the U.S., India and some South American countries remain the most impacted.

As of the time of filing this report, there are 35,139,699 confirmed cases across the globe, data from worldometers.info, an online dashboard that tracks global confirmed coronavirus cases shows.

That figure represents all-time cases and many of those infected will have since recovered.

The U.S. has reported the most confirmed infections, at about 7.6 million, followed by India, Brazil, and Russia. Those four nations represent more than half the number of known cases.

Though the US still retained its position as the world’s most affected nation by the virus in terms of total caseload, India has consistently outpaced the American country in new daily cases since early August.

With daily cases averaging more than 1,000 over the past two months, India’s total coronavirus infections have surpassed 6.5 million.

As of the time of reporting, the global deaths from coronavirus complications have reached 1,038,027, data from worldometers.info showed.

The Americas still account for more than half of all fatalities worldwide owing to high death counts in Mexico, Peru, Colombia, Chile and Ecuador.

An average of more than 5,000 people die each day from COVID-19, according to Reuters calculations based on data from the last two weeks.

Africa is still the least affected region so far, accounting for only about six per cent of global cases.

About 1,506,185 cases have been reported in the continent of over a billion people, according to the African Centre for Disease Control (ACDC).

Over 36,000 people have died of the contagion in Africa.

These include the former chief of staff to Nigeria’s President Muhammadu Buhari; the former president of the Republic of the Congo, Jacques Joachim Yhombi-Opango; and Somalia’s former prime minister, Nur Hassan Hussein.

A third of all infected persons in Africa – 1,127,034 – have recovered and have been discharged after treatment.

The virus has spread to all 54 countries in Africa, stretching already fragile healthcare systems and crippling economies.

Concerns have also shifted from the daily rise of infections to the economic downturn, plummeting oil and commodity prices, and an imploding tourism sector occasioned by the restrictions put in place to contain the disease.

The pandemic has triggered the continent’s first recession in 25 years, according to the World Bank.

Thousands of workers have been rendered redundant, with several businesses closing up.

About 20 million jobs are at risk in Africa due to the impact of the contagion, according to an African Union study.

Confirmed coronavirus infections in Nigeria appear to be taking a downward turn as authorities announce plans for full reopening of the economy.

Just 160 cases were recorded on Saturday, one of the country’s lowest daily tallies in almost six months.

Nigeria has recorded more than 59,000 total infections so far, according to Nigeria’s Centre for Disease Control.

The country has slightly improved its testing regime. The number of people tested thus far is over 530,000 in a country of about 200 million people.