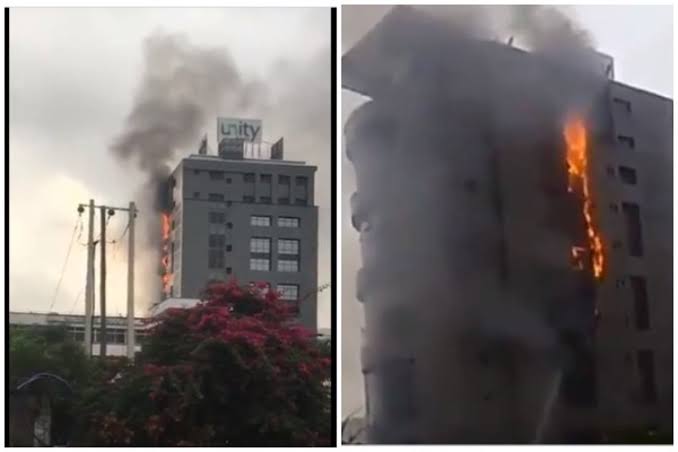 The cause of the incident is yet to be ascertained.

Unconfirmed reports say a fuel tanker laden with presumably diesel was at the premises of one of the banks to discharge its product.

In the process, an explosion from a yet-to-be-identified source occurred, igniting a massive fire, which soon spread to a neighbouring bank’s building.

The media learned that firefighters are currently battling to put out the blaze.

CBN To Stop Sale Of Forex To Banks By Year-End

Watch video of Shata Wale playing Lean On Me on keyboard,...