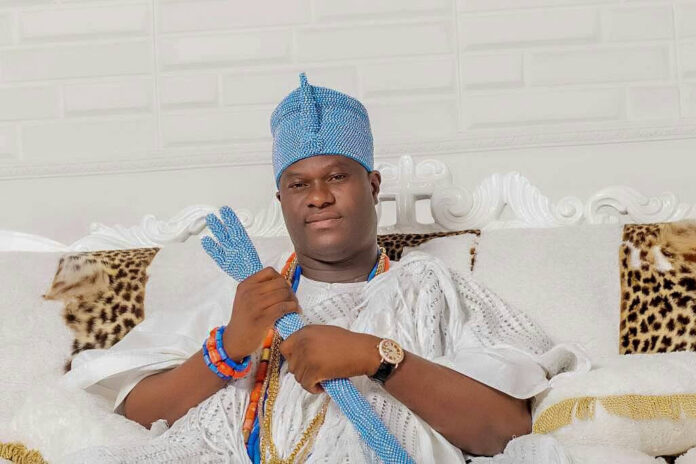 The Ooni of Ife, Oba Adeyeye Ogunwusi has backed the #EndSARS protests sweeping across the country, hailing Nigerian youths for agitating against police brutality.

“The #ENDSARS movement has brought nothing but joy to me,” the Ooni tweeted on his handle on Monday. “Finally, the youths are awake, with one voice and a common goal.”

The Director of Media to the monarch, Comrade Moses Olafare also confirmed the statement to the media.

While pleading with the protesters who have refused to back down in their agitations, the Ooni called on them to make their demands in a peaceful manner, expressing optimism that “this is the beginning of greater things to come in Nigeria.”

He promised to see to the release of many persons arrested and detained by security agents, reiterating that the protests are equally for the betterment of officials of the Nigeria Police.

“To the men and women of the Nigerian police force,” he said, “be assured that this movement is also for you, we know you are humans also and your reality is as a result of your environment.”

While narrating the experience of his 25-year-old daughter with the Special Anti-Robbery Squad (SARS), Oba Adeyeye said she almost lost her life.

According to him, her daughter was stopped on her way to the airport, “terribly ransacked and surrounded by fully armed plainclothes policemen in a bus, detained for close to 30mins of thorough questioning.

“Imagine a young female for that matter, all her belongings completely searched all because she was with a laptop on an official assignment from her office in Lagos. I can only imagine the countless ones that have lost their lives from such ordeals, may their souls rest in peace.”

Read the Ooni’s tweets below:

The #EndSARS protests, calling for the scrapping of the force subunit have continued to gain traction in the country, despite the dissolution of the tactical unit by Nigeria’s Police chief, Mohammed Adamu.

On Monday, the protests took place in major routes in Lagos State, a development which left many commuters, especially along the Lagos-Ibadan Expressway, stranded.

There have been reports of clashes between the police and protesters, leading to the arrest and death of some of the agitators.