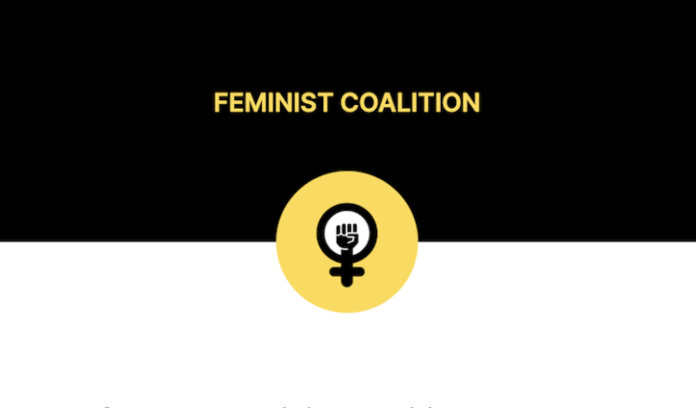 The Feminist Coalition, one of the groups that championed peaceful #EndSARS protests, has announced that they would no longer be accepting donations towards the movement.

Instead, it said the organisation would be returning to its original objective, “championing the advancement of the Nigerian woman”.

Its tweet on Thursday called upon Nigeran youth to heed President Muhammadu Buhari’s address and “stay safe, stay home, and observe the mandated curfew in your state”.

The organisation has garnered attention over the last two weeks as it grew to become one of the figureheads of the peaceful protests.

Originally formed in July of this year to “champion equality for women in Nigerian society with a core focus on education, financial freedom and representation in public office” the coalition chose the EndSARS protest as its “first project” in the fight against “injustice”.

The team of 14 women explains on its website that it wanted to assist Nigerians in “exercising their constitutional rights” to protest, by fundraising for the cause.

According to the statement they released, “the coalition has managed to raise nearly N148 million since it began its fundraising campaign around a fortnight ago, despite reportedly having their bank account frozen at the demand of the Central Bank of Nigeria (CBN) – instead switching to taking donations in cryptocurrency bitcoin.”

The extremely detailed spreadsheet of information that details its spending shows that the group has so far disbursed over N60 million to a variety of individuals and organisations, including to pay for protesters’ legal fees, medical fees, and security.

The remaining N88 million, it said will be used to fund five causes, namely, medical assistance, legal assistance, financial aid to victims of police brutality, a “memorial for the fallen” and mental health support.

The announcement on Twitter has evoked a variety of responses from social media users.

Many have thanked the organisation for its essential work in organising protesters, others complained that the group has given up too early