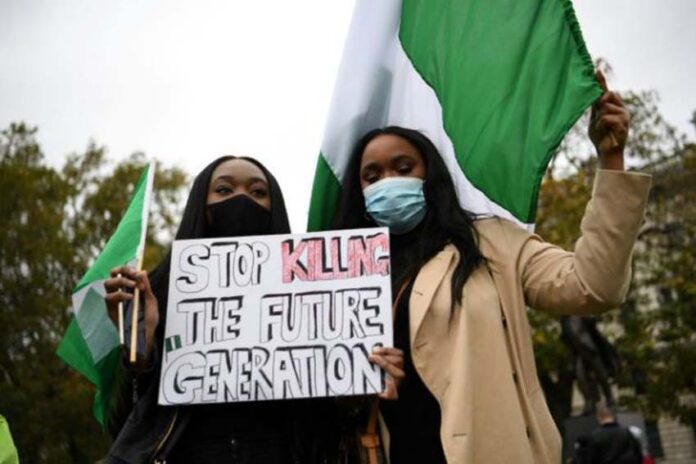 The coalition said the demand for an end to police brutality and bad governance in Nigeria was an unfinished task.

A coalition of human rights activists has issued a seven-point demand to the Nigerian Government in relation to the agitation to end police brutality in the country.

The coalition known as the New Nigeria Network is made up of the Take It Back Movement, Radical Agenda Movement in the Nigeria Bar Association, Federation of Informal Workers’ Organisation of Nigeria, Coalition for Revolution, Movement for a Socialist Alternative, and Socialist Workers and Youth League among others.

The coalition said the demand for an end to police brutality and bad governance in Nigeria was an unfinished task.

Speaking during a meeting in Lagos, Chairman of RAMNIBA, Adesina Ogunlana, said investigations into the brutality against peaceful demonstrators by security agents during the #EndSARS protests would be followed up by activists.

Among several other demands, the coalition is seeking the immediate replacement of the Inspector-General of Police; Mohammed Adamu, the immediate reversal of power and fuel price hikes; immediate stoppage of jumbo salaries and allowances for political office holders; all public officials to be placed on national minimum wage; the drastic upward funding of education and health sectors and immediate deprivatization of power and oil sectors nationalisation to be restored.

Ogunlana added that the nationwide protest had shown that Nigerians were waking up to stand against oppression, noting that the demonstration is a revolution waiting to befall the country.