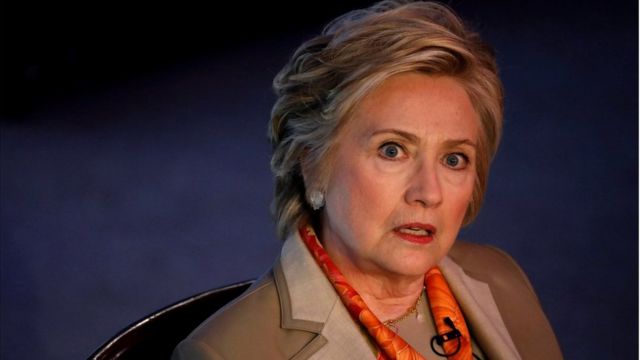 The protesters have for about two weeks been demanding an end to police brutality.

A former American Secretary of States, Hilary Clinton, has called on President Muhammadu Buhari and the Nigerian Army to stop killing #EndSARS protesters.

Mrs Clinton said this Tuesday night in a reaction to the shooting and killing of protesters by security forces in Lagos on Tuesday.

The media is yet to confirm the number of protesters shot by security operatives in the Lekki area of Lagos.

Witnesses told this newspaper that the attack on unarmed protesters, hours after the Lagos State Government imposed a curfew in Lagos, left at least seven people dead. The figures could rise with many other protesters injured from the shootings.

As of press time, scores of injured protesters were receiving treatment at different hospitals in the city, the media confirmed.

This newspaper reported how emergency personnel and ambulances were initially denied access by Nigerian Army at the Lekki toll plaza Lagos.

Multiple videos captured by citizens show the moment soldiers opened fire on the protesters, and the clips show terrified citizens crouching and screaming as gunshots rented the air.

The protesters have for about two weeks been demanding an end to police brutality and calling for urgent police reforms.