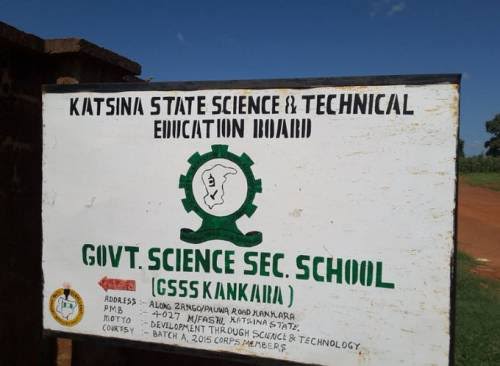 “Schools should be places of safety and no child should have to choose between their education and their life.”

Amnesty International, a global rights organisation, on Tuesday said education in northern Nigeria is under threat in the wake of rising insecurity in that region.

It attributed the recent abduction of hundreds of boys in Government Science Secondary School in the town of Kankara, Katsina State, to “an attack on education in the northern parts of the country.”

The media had reported how the 333 students were abducted by gunmen on motorbikes on December 11.

Boko Haram, a terrorist organisation and Nigeria’s major security threat that has claimed responsibility for the raid, said it took over 500 students.

The terror group’s leader, Abubakar Shekau, stated this on Tuesday in a video obtained by HumAngle, a platform dedicated to conflict reporting.

“What happened in Katsina was done to promote Islam and discourage un-Islamic practices as Western education is not the type of education permitted by Allah and his Holy Prophet,” Mr Shekau was quoted to have said.

Education under attack
Responding to Boko Haram’s claim of responsibility for the abduction of the students, Osai Ojigho, Director of Amnesty International Nigeria, condemned the attack.

Ms Ojigho said education is under attack in northern Nigeria, adding that “schools should be places of safety and no child should have to choose between their education and their life”.

“We condemn this appalling attack, which is the latest in a string of grave human rights abuses by Boko Haram. Since 2012 hundreds of teachers, schoolchildren and students have been killed or wounded by Boko Haram, and thousands of children have been abducted. Attacks on schools and abductions of children are war crimes. Boko Haram has claimed responsibility for several attacks on schools in the past and must be brought to justice for these and other human rights abuses.

“These children are abducted in serious risk of being harmed and being forced to become child soldiers. Nigerian authorities must take all measures to return them to safety, along with all children currently under the custody of Boko Haram.”

“Education is under attack in northern Nigeria. Schools should be places of safety, and no child should have to choose between their education and their life. Other children have had to abandon their education after being displaced by frequent violent attacks on their communities, and many teachers have been forced to flee to other states. The Nigerian authorities must act immediately to prevent attacks on schools, to protect children’s lives and their right to education.

“The protection of children’s lives is paramount, and the Nigerian government has a duty to ensure that the country’s educational sector is not further threatened by Boko Haram and other armed groups.

“The attack on Government Science Secondary School Kankara is a serious violation of international humanitarian law, and it undermines the right to education for thousands of children in northern Nigeria. The abduction of students and the destruction of school property by Boko Haram can severely reduce the availability of and access to education for many children in northern Nigeria where violent attacks are escalating,” her statement read.