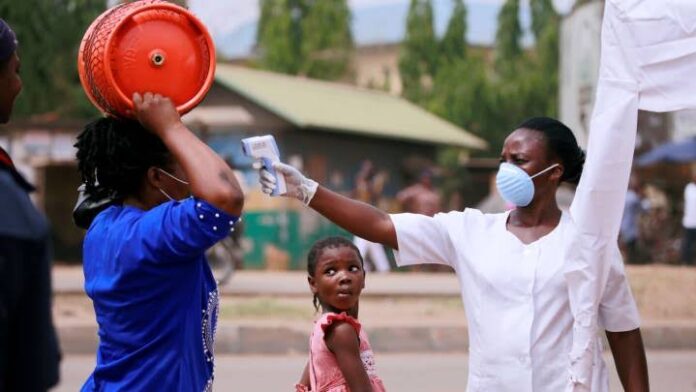 625, 510 samples have been collected for testing since the pandemic broke out in February.

This paper reported how the infection reduced by nearly 50 per cent in the previous week.

Meanwhile, last week (October 25-31), the 44th week of the pandemic in Nigeria, 923 new cases were reported in the country.

According to the data provided by the country’s public health agency, this is a 32 per cent increase from the 623 recorded the previous week.

The increase in the tally of weekly infections occurred despite a decrease in the number of tests carried out.

A total of 21,899 samples were collected for testing last week as against the 27,427 tested the previous week.

A total 625,510 samples have been collected for testing since the pandemic broke out in February.

No official reason has been given for the increase as most Nigerians ignore COVID-19 protocols including social distancing and use of face masks.

More recoveries, more deaths
Further analysis showed that there was a significant increase in the number of COVID-19 patients discharged and deaths recorded last week.

A total of 1,390 persons recovered and were discharged last week, which represents a 55 per cent increase when compared to the previous week’s record of 725.

Nigeria so far
As of the time of reporting, Nigeria has 62,853 confirmed COVID-19 cases. Of this figure, 58,675 have been discharged and 1,144 deaths have been recorded in the 36 states and the Federal Capital Territory.

Lagos State remains the epicentre of the disease with the highest number of confirmed cases and deaths in the country.

The other five states with the highest number of confirmed cases are FCT, Plateau, Oyo, Rivers and Edo states.

Only Kogi, Adamawa and Akwa-Ibom states have no active COVID-19 cases currently.

Timeline last week
On Sunday, 62 new cases of COVID-19 were reported in the country.

On Monday, 119 new cases of the pandemic were reported in the country.

On Tuesday, 113 new cases were reported.

On Wednesday, 147 new cases of COVID-19 were reported in the country.

On Thursday, 150 new cases were reported in Nigeria, hence bringing the tally of confirmed cases to 61, 805.

On Friday, 150 new cases of the pandemic were recorded.