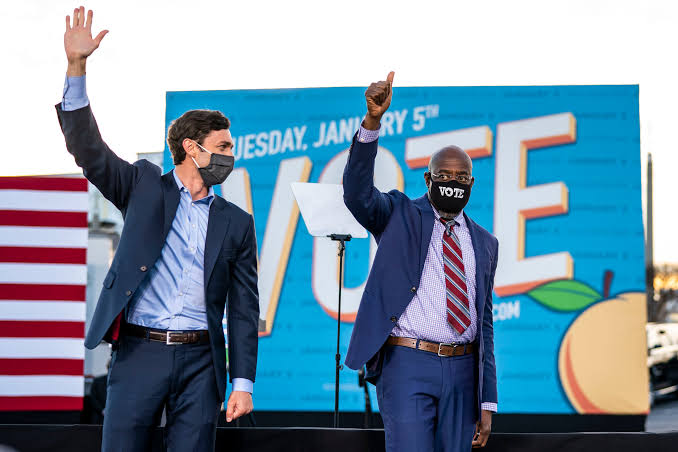 With the chamber evenly split, Democratic Vice-president elect Kamala Harris will play the role of the tie-breaker, giving Democrats control of the Senate as well as the House of Representatives.