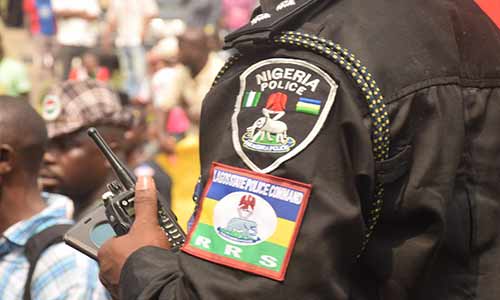 Remember on Thursday last week, there was a heavy hit by armed robbers in Isanlu area of Kogi State. The robbery was targeted at a Firstbank branch.

From reports, the attack was staged by about twenty-five gunmen, who injured many people, killing eight out of the nine police officers attached to the only station close to ‘the’ robbery scene.

It was gathered that the robbers separated themselves into three different groups, with some of them stationed at ‘the’ bank while others rained hell on police officers who were at the station close to the bank.

It is believed that they did it to prevent the Officers from being mobilised to the robbery scene.

Eight ‘officers’ were killed, but one survived. It happened that he wasn’t at the station when the attack began, he went to buy food.

His name is “Ola Aleu”, an inspector. It can only be grace in action.

According to Punchng.com: “The only police survivor, identified as Inspector Ola Aleu, was said to have gone out of the station to buy food when the robbers attacked the station. He reportedly fled on sighting the robbers.”