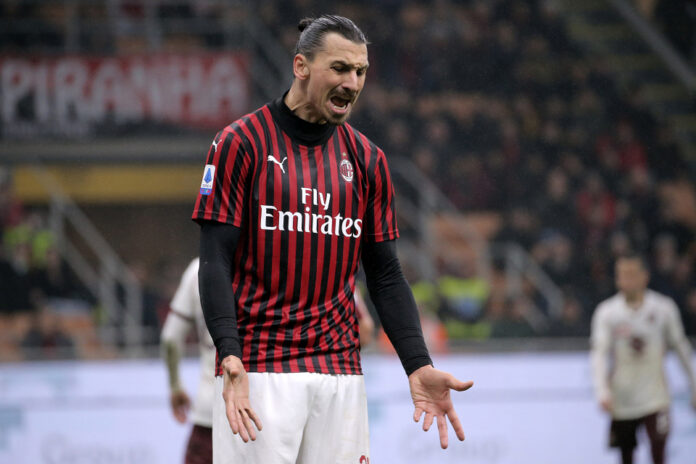 Zlatan Ibrahimovic is not weighed down after AC Milan on Thursday confirmed he had contracted COVID-19 and had taken to social media to taunt the virus.

“I tested negative to COVID yesterday and positive today,” the Swede tweeted on Thursday, confirming his status. “No symptoms whatsoever. COVID had the courage to challenge me. Bad idea.

“AC Milan announces that Zlatan Ibrahimovic has tested positive for the swab performed for today’s match, Milan-Bodo/Glimt,” the Serie A side had said earlier in the day.

According to the club, the player has been quarantined after they carried out a test on players and staff.

“All the other swabs carried out on the team group were negative,” the club explained.

The former Manchester United forward returned to Milan in January 2020 and scored 10 goals in 18 league games for Stefano Pioli’s outfit as they ended the season sixth on the log.

He was on the score sheet on Monday when they defeated Bologna 2-0 win.

“I’m fine, I’m working, this is the second official match,” he said after scoring against Bologna.

Ibrahimovic also netted a goal during a Europa League qualifier against Shamrock Rovers.

Last month, he reached an agreement on a new deal for another season reportedly worth seven million euros ($8.3m).

The seven-time European champions moved up from 11th on his arrival to sixth, finishing the league season on a 12-game unbeaten run.