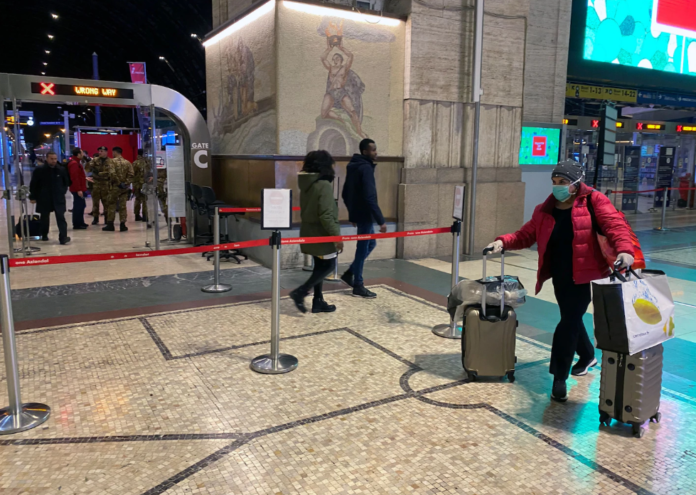 The coronavirus epidemic continued to prompt new travel restrictions and emergency declarations around the world, with the U.S. State Department on Sunday warning citizens against cruise travel and Italy resorting to a massive lockdown affecting millions of people.

The epidemic ravaging northern Italy can be traced to an outbreak at a car parts manufacturer in Germany, according to a study by Italian virologists — findings that are likely to shatter assumptions that German authorities had successfully contained the first major cluster in Europe.

In the United States, the death toll rose to 21 on Sunday to include two more residents of an infection-stricken nursing home. U.S. cases have surpassed 400 and affected more than 30 states, as well as the District of Columbia, where a church rector had the city’s first confirmed infection. Maryland announced two more cases on Sunday, while Virginia reported one more.

With positive cases reported among attendees of major gatherings — including a conservative conference attended by the president — some political organizations have reassessed their plans for large-scale events. But Sen. Bernie Sanders (I-Vt.) said Sunday that he is moving forward with plans to hold campaign rallies ahead of Tuesday’s primaries in six states.

In China, where the outbreak has begun to subside, a hotel in the southeast that served as a quarantine facility for 71 people collapsed late Saturday, killing at least 10 people and trapping scores in the rubble.

Here are the latest developments: