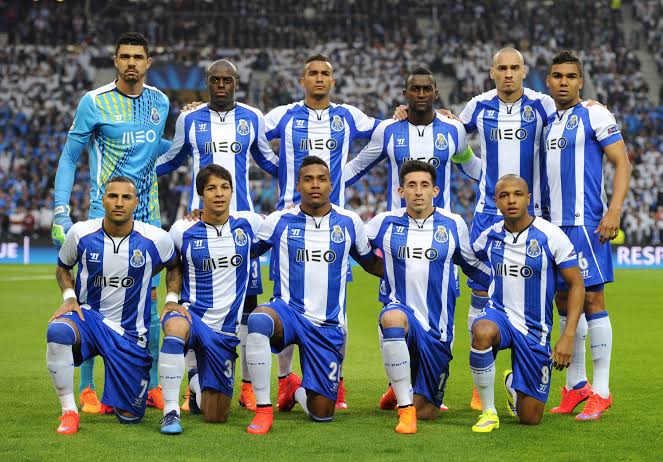 Super Eagles defender Zaidu Sanusi and his FC Porto teammates have booked their place in the knock out phase of the UEFA Champions League.

Sanusi was in action for 90 minutes as Porto battled to a barren draw against Manchester City on Tuesday night at the Estadio do Dragao.

Going into Tuesday’s tie, Pep Guardiola’s men had won all their previous four group games and they almost had the upper hand against Porto.

After five games each, City have amassed 13 points while Porto are on 10 from the same number of games.

The other Group C teams Marseille and Olympiacos are on three points each and have no chance with just one game left in the group.

In Group D, Liverpool have sealed their place in the next phase following their lone goal win over Ajax at Anfield.

Curtis Jones’ goal in the 58th minute was enough to seal a knockout phase ticket for the Reds.

The other ticket in Group D will go to the wire following Atalanta 1-1 home draw against FC Midtjylland.

Nigerian midfielder Frank Onyeka was in action for the Danish club.

In Group A, only Bayern Munich are through to the next phase while the other three teams still have a chance in the final group games.

The situation in Group B is equally open with all the four teams still with a chance of progressing.

Inter Milan did their ambition a lot of good with their away win in Germany but Real Madrid are in a tight position with the loss to Shaktar Donesk.

The other matchday five games will be concluded on Wednesday.