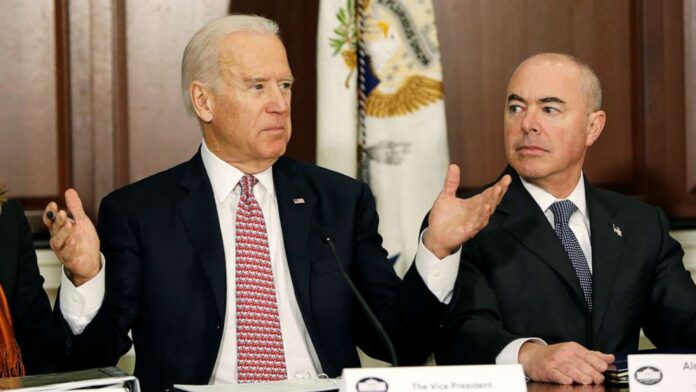 US President-elect Joe Biden signalled a sharp reversal Monday from Donald Trump’s anti-immigrant policies with the choice of Cuba-born Alejandro Mayorkas to lead the Department of Homeland Security.

The former federal prosecutor ran US immigration services and then was DHS deputy secretary in the Obama-Biden administration.

Most notably Mayorkas, who turns 61 on Tuesday, oversaw the implementation of DACA, the Deferred Action for Childhood Arrivals program, meant to offer a way to citizenship for millions of longtime US residents who entered the country illegally.

Under Trump, that effort was halted and challenged in courts, as part of the White House’s determined effort against undocumented immigrants.

Mayorkas will be the first immigrant himself to lead the sprawling DHS bureaucracy, whose mission is focused firstly on protecting the country from terror and cyber-attacks and natural disasters.

In a tweet, Mayorkas pointed to his own history as a refugee as shaping his view of the job.

His mother was a Romanian Jew who fled to Cuba, and his father a Cuban Jew who brought the family to the United States in 1960 before Mayorkas’ first birthday.

“When I was very young, the United States provided my family and me a place of refuge,” he wrote.

“Now, I have been nominated to be the DHS secretary and oversee the protection of all Americans and those who flee persecution in search of a better life for themselves and their loved ones.”

– Trump politicized DHS –
But Mayorkas, who goes by the nickname Ali, will have a much larger challenge.

DHS was created in the wake of the September 11, 2001, Al-Qaeda attacks to coordinate domestic security against potential terrorism.

But it also assumed controls of borders and immigration enforcement, disaster management, cybersecurity, and air and sea transportation security.

Now, with some 240,000 employees, it is a sprawling department whose core mission is poorly defined, and which was deeply politicized by Trump.

Trump churned the DHS leadership as he sought officials who would pursue an absolute halt to legal and illegal immigration and be willing to resort to extreme measures, like separating families and isolating children, to deter undocumented immigrants.

He also had DHS’s Immigration and Customs Enforcement agency, known as ICE, step up raids on illegal immigrants, deporting thousands as Trump sweepingly branded all of them “gang members,” “drug smugglers” and “rapists and murderers.”

That has led to calls to eliminate ICE.

Meanwhile, Trump took aim at DHS officials who dared to undermine his political agenda, including those who said the leading US domestic threat was from extreme-right white nationalist and neo-Nazi ideologues, and not from the left as Trump claimed.

And last week Trump summarily fired the DHS head of election security, Chris Krebs, who had rejected his assertions of “massive fraud” in the November 3 vote.

“After the cruelty and devastation wrought by the Trump administration, Mayorkas has a mandate to overhaul DHS,” Castro said.

“As the former Deputy Secretary of DHS and lead implementor of DACA, he has the necessary experience to bring about much-needed reforms.”