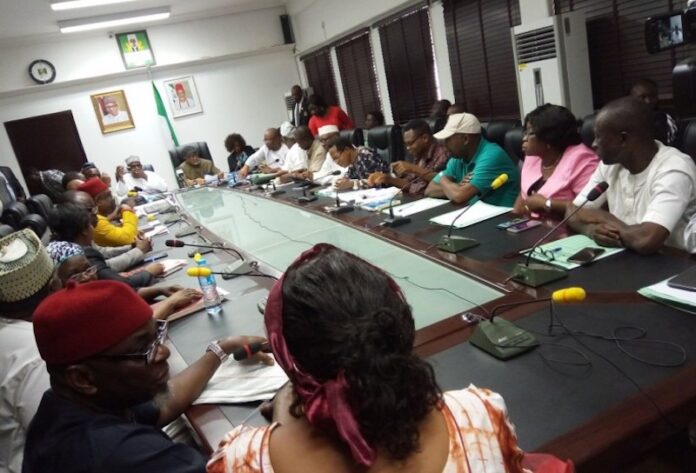 Thursday’s conciliatory meeting aimed at putting an end to the strike action embarked upon by university lecturers has been adjourned to October 21.

The industrial action, which started over six months ago, is a major reason why universities are yet to resume after the easing of the COVID-19 lockdown.

The Thursday meeting was convened as a follow-up to the previous meeting held with the Senate leadership on Tuesday, where the Minister of Labour and Employment, Chris Ngige, committed to engaging the Academic Staff Union of Universities (ASUU) and other stakeholders to iron out the outstanding issues.

While Mr Ngige led the federal government’s team, the President of ASUU, Biodun Ogunyemi, led the representatives of the lecturers’ union.

Although Thursday’s meeting could not achieve the suspension of the strike, it concluded on the funding for revitalisation of public universities, according to a statement by the labour ministry.

“Government, in spite of the Economic downturn as a result of COVID-19 pandemic, brought an offer of N20 Billion (Twenty BillionNaira) layable by the end of January 2021and ASUU agreed to take the offer to its members for consideration and revert by Wednesday 21st October, 2020.”

According to the statement issued by the ministry of labour, the Minister of Education, Adamu Adamu, will continue discussions with the Minister of Finance, Budget and National Planning on its earlier Memo to President Muhammadu Buhari on sources of alternative funding for the revitalization to facilitate the process of additional funding of the university system.

Also, in response to the demand by ASUU for the payment of the Earned Allowance due from 2019, totaling N40 Billion, the Accountant General of the Federation (AGF) committed to releasing N30 billion on or before November 6, 2020.

He added that the remaining N10 billion would be spread equally over the two tranches to be paid in May 2021 and February 2022 respectively.

On the Integrated Payroll and Personnel Information System (IPPIS) rejected by the union, the meeting was informed that ASUU has met its timeline regarding the first stage of the initial demonstration of the efficacy of the University Transparency and Accountability Solution (UTAS) to government as this was done on Wednesday, October 14, 2020.

“The meeting also agreed that if UTAS passes all the different stages of the integrity test which would involve National Information Technology Development Agency (NITDA) and the Office of the National Security Advisers (NSA) and after ascertaining its efficacy; it would be adopted for the payment of the University staff.”

The conciliatory meeting is to reconvene by October 21 by 3.00 p.m. after the Federal Executive Council (FEC) meeting for ASUU to report back on the decision of her NEC, in order to facilitate the calling off their strike, the statement read.