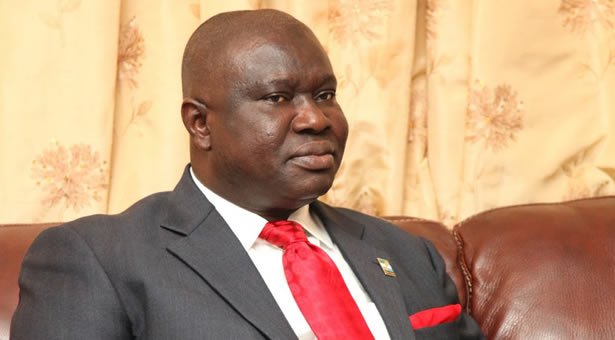 The trial of the Former Speaker of Lagos, Adeyemi Ikuforiji has been reopened at the Federal High Court in Lagos with the Economic and Financial Crimes Commission (EFCC) calling its first witness.

Ikuforiji is standing trial alongside his former Personal Assistant, Oyebode Atoyebi on 54 counts of laundering about N338.8million.

They had both pleaded not guilty at their re-arraignment before Justice Mohammed Liman and were allowed to continue on an earlier bail granted to them in 2012 when they were first arraigned.

At the proceedings on Wednesday, Counsel for the EFCC, Ekele Ihenacho, called the first prosecution witness, Mr Adebayo Adeniyi, an investigator with the EFCC.

The witness told the court that in June 2011, a petition was written against the first defendant, Hon. Adeyemi Ikuforiji, for allegedly siphoning N500million monthly from the Lagos House of Assembly.

The witness further testified that the EFCC investigated these claims by visiting the Office of the Clerk of the Lagos State House of Assembly. There, they recovered some documents which were instrumental to their investigation, while the clerk was invited to the Commission.

The EFCC prosecutor then showed the witness a bulk of document and asked him to identify them.

Without any objections from the Defence counsel, Mr Dele Adesina (SAN), the prosecutor tendered the documents before the court.

Justice Mohammed Liman admitted all the documents in evidence with the assurance that the court will take its time to sort them out .

When prompted on the findings from the documents, the witness testified that the EFCC discovered that series of cash payments were made to the second defendant, which were above the threshold allowed by the Money Laundering Act.

Reading from the documents admitted by the court as exhibits, the witness pointed out portions of such payments which includes cash sums of N3 million, N10m N1.7m all collected by the second defendant on behalf of the first.

Justice Liman, however, queried this pattern of testimony by the prosecution, on the grounds that it was not the duty of the witness to “speak” to the documents in the manner being done.

The judge noted that such manner of examination was only wasting the time of the court, since the prosecution would also speak on same document during addresses.

He urged parties to make progress in the case, which he said had spanned a period of almost 10 years since 2011.

After listening to the court, the prosecutor asked for an adjournment to enable him do some arrangements of the documents for the ease of the court.

The defence counsel had no objections to the request for an adjournment and Justice Liman subsequently fixed Oct. 14 for continuation of trial.

The defendants were first arraigned on March 1, 2012 before Justice Okechukwu Okeke on 20 counts bordering on misappropriation and money laundering.

They had each pleaded not guilty to the charges and were granted bail.

Following are-assignment of the case, the defendants were, subsequently re-arraigned before Justice Ibrahim Buba.

On September 26, 2014, Justice Buba discharged the defendants after upholding their no case submission applications.

The judge had held that the EFCC failed to establish a prima-facie case against them.

Dissatisfied with the ruling, the EFCC through its counsel, Mr Godwin Obla (SAN), filed the Notice of Appeal dated Sept. 30, 2014 challenging the decision of the trial court.

Obla had argued that the trial court erred in law when it held that the counts were incompetent because they were filed under Section 1(a) of the Money Laundering (Prohibition) Act, 2004 which was repealed by an Act of 2011.

The EFCC further argued that the lower court erred in law when it held that the provisions of Section 1 of the Money Laundering (Prohibition) Act, 2004 and 2011, only applied to natural persons and corporate bodies other than the Government.

The commission had also submitted that the trial judge erred in law when he held and concluded that the testimonies of the prosecution witnesses supported the innocence of the respondents.

In its judgement, the Lagos Division of the Appeal Court, in November 2016, agreed with the EFCC and ordered a fresh trial of the defendants before another judge.

Following the decision of the Appeal Court, the defendants headed to the Supreme Court, seeking to overturn the ruling of the Appellate court.

In its verdict, in December 2017, the apex court upheld the decision of the appellate court and ordered that the case be sent back to the Chief Judge of the Federal High Court for reassignment to another judge.

This necessitated the re-arraignment before Justice Liman.

In the charge, the EFCC alleged that the defendants accepted cash payments above the threshold set by the Money Laundering Act, without going through a financial institution.

The commission also accused the defendants of conspiring to commit an illegal act of accepting cash payments in the aggregate sum of N338.8 million from the House of Assembly without going through a financial institution.

Ikuforiji was also accused of using his position to misappropriate funds belonging to the Assembly.

The EFCC said that the defendants committed the offences between April 2010 and July 2011.