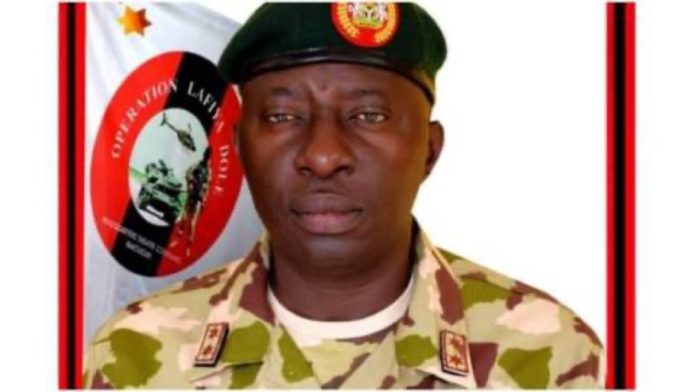 The Nigerian Army under the leadership of Lt. General Tukur Buratai, Chief of Army Staff, has removed General Olusegun Adeniyi, who appeared in a viral video urging military authorities to supply them with weapons and accurate intelligence to combat Boko Haram terrorists in the North-East region.

Adeniyi, who is Theatre Commander of Operation Lafiya Dole, in the viral video lamented how his men were outgunned and ambushed while on an operation in Borno.

SaharaReporters on Tuesday exclusively gathered that a massive shake-up involving the redeployment of over 50 senior officers would be carried out today and Adeniyi is one of persons affected.

Several army generals would be removed on account of the viral video that caused the military authorities great embarrassment.

The Nigerian Army has in recent times suffered huge losses in the fight against Boko Haram due to lack of intelligence, sufficient weaponry to match the insurgents and neglect of troop welfare.

Terrorists recently ambushed and killed over 70 soldiers in Borno State.