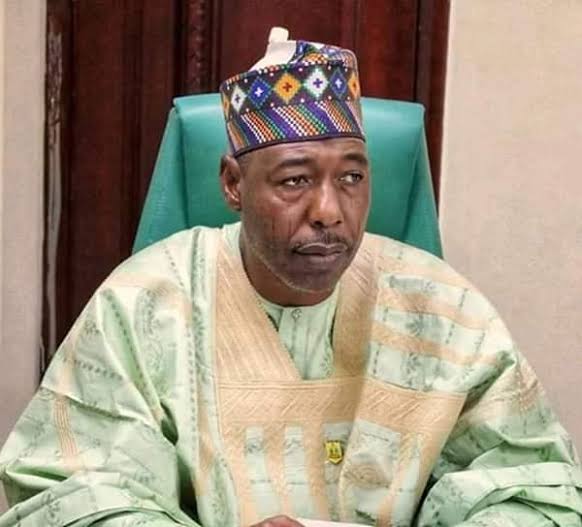 Borno State Governor, Babagana Zulum, has given six recommendations to the Federal Government on how to win the war against Boko Haram and Islamic State’s West Africa Province (ISWAP) insurgents terrorising the north-eastern region of Nigeria.

He made the suggestions on Monday when he received members of a presidential delegation who visited Borno to commiserate with the people of the state following the killing of 43 farmers in Koshobe Village.

The governor believes engaging mercenaries, as well as the immediate recruitment of youths into the military to boost its strength, will go a long way to defeat the insurgents.

He stressed that it was also important to engage the services of neighbouring Niger Republic, Chad, and Cameroon to clear the remnants of the insurgents in the Lake Chad region and the Mandara mountains.

Governor Zulum also urged the Federal Government to ensure the provision of mine resistance armoured personnel carriers and other equipment for the military, police, and other security agencies involved in the insurgency fight.

He also asked the government to support the repatriation of internally displaced people in Cameroon and Niger Republic, as well as increase the livelihood support for the people of Borno State.

In his remarks, the Senate President, Ahmed Lawan, who led the delegation, condoled with the government and people of the state over the ugly incident.

He informed the governor that President Muhammadu Buhari has asked him to assure the people of Borno of his commitment to fighting insurgency.

The Senate President added that the armed forces have been given marching orders to go and fight the insurgents wherever they were hiding.

According to him, the Federal Government is intensifying bilateral cooperation to ensure insurgents have nowhere to hide when they are chased out of Nigeria.

Members of the delegation included the Chief of Staff to the President, Professor Ibrahim Gambari; the Minister of the Federal Capital Territory (FCT), Mohammed Bello; the Minister of Communications and Digital Economy, Ali Pantami, and the Minister of State for Agriculture, Mustapha Shehuri.

Other members were the National Security Adviser, Major General Babagana Monguno, and the Senior Special Assistant to the President on Media and Publicity, Garba Shehu.

The delegation was received on arrival at the airport by the Borno State Deputy Governor, Usman Gadafu.