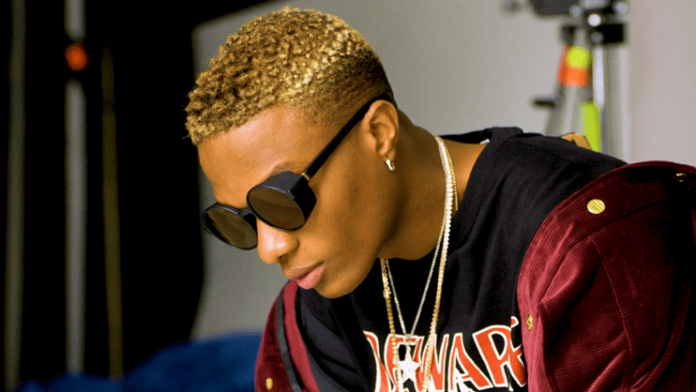 Responding to a tweet by Mr Buhari wishing American President, Donald Trump, fast recovery from coronavirus, Wizkid urged the president to focus more on issues affecting the country and its youth rather than matters that concern America.

“Donald trump is not your business! Old man! Police/Sarz still killing Nigerian youth on a daily! Do something! Nothing concern u for America! Face your country,” the pop star wrote.

After Lagos State Governor, Babajide Sanwo-Olu, reacted to the campaign, promising to take action on the police unit’s brutality, Wizkid also challenged him.

“The safety of our residents is my number one duty as the CSO of Lagos. So, reading reports of seemingly unlawful exploitation by the people charged to protect is very worrying & needs to be addressed immediately. Be assured that appropriate actions will be taken, & speedily too,” Mr Sanwo-Olu wrote on his official Twitter handle.

In response, Wizkid said, “Mr Governor! I met with you December 2019! You expressed how proud you are of the entertainment industry and all we do. Pls do something let’s be proud of you too abeg ! #Endsars!!”

Wizkid thus joined thousands of Nigerians online who are calling for the abolition of the police unit called SARS.

The unit has been accused of several human rights violations especially of young Nigerians who are seen carrying laptop computers.

The latest social media trend is as a result of a video that surfaced online on Saturday showing an innocent Nigerian shot dead by a police officer in Delta State.

The media reported how President Buhari last year ordered the implementation of the report of the panel. However, nothing seems to have changed since then.