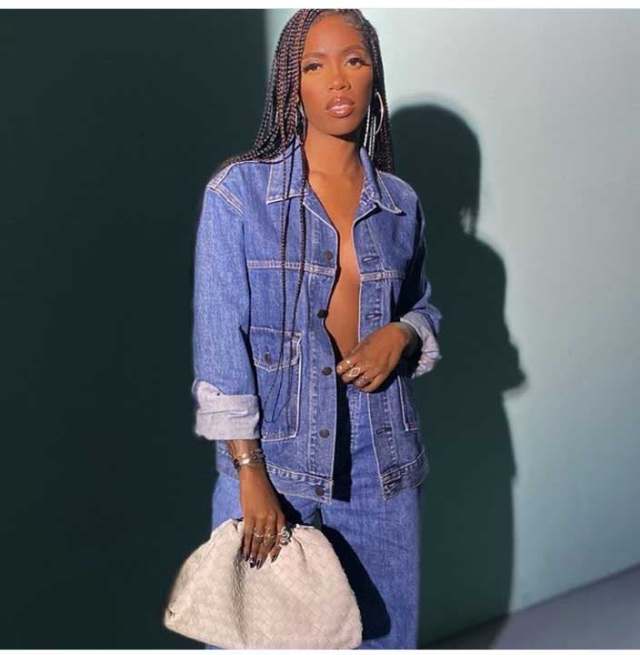 Popular singer and Universal Music Group signee, Tiwatope Savage, popularly known as Tiwa Savage, has revealed that before she turned 40 on February 5, 2020, she was scared of what lay ahead of her. She also stated that she asked God for a sign before she attained her new age.

The ‘Koroba’ singer disclosed this during an interview with The Dotty Show on Apple Music 1 during the week. She said, “In December, I was so scared and I said, ‘God, if this is it, just give me a sign. And he gave me the opposite, he gave me opportunities’. I had a record with Sam Smith and it’s like so many other things that are happening that never happened in my twenties. God was saying to me, ‘age has nothing to do with that. On every platform and interview, I have always mentioned my age because I feel a lot of people run away from it. So, I always tell people, this is how old I am, in case you find out outside. I’m going to let you know first. And I’m proud of it because I’ve never felt more confident. I don’t want a 20-year-old girl who is out there who hasn’t won a Grammy or who hasn’t been signed (to a record label) to feel like it is never going to happen. All you have to do is look at me.”

The mother of one also confessed that she was under pressure while working on her last album, ‘Celia’. “I literally started at the beginning of the year. I took out about a month. I did not listen to anything. I had a camp in Nigeria; I rented out about nine rooms. I didn’t even see my family. I was there every day. I also worked from pain. I was under pressure. I was about to turn 40 and I was scared and nervous. I was just signed to Universal Music. I wasn’t with Mavin anymore. There was so much that was happening in my life and I was coming from a very scared place when I worked on the album. However, I decided I was going to do it, even though I was scared. If it became a success, which it has become for me, I believe it could be a motivation for other women that whatever they are going through, they just have to work with the fear; work through it,” she said.

Expressing her delight at working with American singer, Beyonce, on the ‘Lion King’ album, Savage said, “To have someone like that co-sign a lot of artistes and use her platform, definitely (it was wonderful). I feel like it opened me up to some people who probably didn’t know who Tiwa Savage was until they listened to that project. Absolutely, there’s no denying it. She’s Beyonce, it’s huge. And ‘Lion King’ is a huge project. I grew up watching it and my son still watches it. It’s just one of those timeless films.”

Do You Want To Die A Joke?’: Tiwa Savage Challenges Youths On #EndSarsProtests