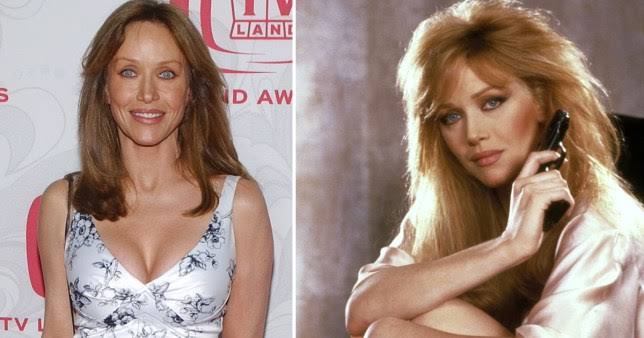 US actress Tanya Roberts, best known for her roles in Bond film A View to a Kill and the final season of Charlie’s Angels, has died aged 65.

Roberts, who had been hospitalised since December 24 after she collapsed while walking her dogs, died on Sunday, her publicist Mike Pingel told The Hollywood Reporter.

“I’m devastated. She was brilliant and beautiful and I feel like a light has been taken away. To say she was an angel would be at the top of the list,” he said.

“She was the sweetest person you’d ever meet and had a huge heart. She loved her fans, and I don’t think she realized how much she meant to them.”

Roberts is best known for her role as geologist Stacey Sutton in the 1985 James Bond film “A View to a Kill,” which starred Roger Moore in his last appearance as 007.

Beside her Bond outing, Roberts starred in the 1982 sword-and-sorcery fantasy “The Beastmaster” and as the title character in “Sheena: Queen of the Jungle,” a female version of Tarzan which was nominated for five Golden Raspberry Awards and has gone on to become a cult classic.

Born in the Bronx, New York, in 1955, Roberts did some modeling and commercial work before getting her big acting break on the final season of “Charlie’s Angels,” where she played private investigator Julie Rogers helping the team of female crime fighters.

“It was my first steady job, and it launched my career,” Roberts said on her website.

Nowadays Roberts is probably best known for her role in the sitcom “That ’70s Show,” where she played Midge Pinciotti, the dim-witted mother of Donna, played by Laura Prepon.