The World Health Organisation in 2002 provided an expansive definition of sexual violence as “any sexual act, attempt to obtain a sexual act, unwanted sexual comments or advances or acts of traffic, or otherwise directed towards a person’s sexuality using coercion, by any person regardless of their relationship to the victim, in any setting, including but not limited to home and work. Coercion includes physical force, psychological intimidation, blackmail and other threats.” There are different forms such as rape or sexual assault, defilement, incest, unwanted sexual contact/touching, sexual harassment.

During the COVID-19 lockdown, sexual violence occurrence exacerbated across the country. This writer recalls writing on a gender blog of the implications of the COVID-19 and the responses to Sexual Gender Based Violence in Nigeria. Moreover, several women’s rights groups also pushed the Federal Government for a policy statement on SGBV during the lockdown.

Today, hardly will one open the pages of newspapers without reading of so many incidents of sexual violence. Some sent jitters over my body: A child of three months was defiled in Nasarawa State; a man confessed he had raped 40 women in a year including an 80-year-old in Kano State; Ochanya Ogbanje was consistently defiled for over four years which led to her death; some victims such as Uwa and Barakat were raped and also killed. The list of such horrible acts is endless.

Some governors declared a state of emergency on sexual violence; webinars were organised; there were protests by different NGOs in the country and some even lobbied for adoption of the Violence Against Persons (Prohibition) Act 2015 in states that have yet to adopt it. Admittedly, the VAPP Act expands the definition of rape, includes indecent exposure, incest and provides for register for convicted offenders. Similarly, states such as Lagos have been proactive in reforming the criminal legislation. Unlike the position in the Criminal Code whether there is a distinction between defilement of girls under 13 and 16 for the purposes of punishment and prosecution commencing within two months after the offence is committed, in the Criminal Law of Lagos State 2015, there is no age variation to the offence of defilement or time limit to commencement of prosecution. Hence, law reform such as adopting the VAPP Act or reviewing state legislation in relation to sexual offences is highly welcome.

Nevertheless, as a lecturer and researcher in gender justice for over a decade, I thought I should write and lend my voice to the germane issues. First, in cases of rape, defilement, the first point of contact is to report to the police. They will take down the statement and conduct investigation. In most cases, valuable evidence is lost because of the wrong approach. There is lack of professionalism and resources in handling the cases. For instance, instant referral for medical examination; logistic problems such as lack of money and vehicle hindering instant visitation to the scenes of crime; cameras to take picture of the scenes, record evidence. Second, the police, after this preliminary investigation, charge the case to court; open a file and send the case for the ‘Director of Public Prosecutions’ advice’. Again, whether by accident or design, the police investigator continues to chant the word DPP’s advice, resulting in endless adjournments in court. During this period, most complainants would have lost interest and abandoned the case. Both the court and law have corrected this absurdity. The Supreme Court in FRN v Osahon (2005) prohibits lay prosecutors in superior courts. The Administration of Criminal Justice Act 2015 equally emphatically states that prosecution of offences in any court shall be done by the Attorney General, officers in their department or legal practitioner authorised by other Act of the National Assembly. In reality, many of these cases are prosecuted at the Magistrate Courts with the police prosecutors.

The second major issue is the court. There are so many factors militating against the successful prosecution of sexual offences in the courts. Of course, it is normal to establish the actus reus and mens rea to prove guilt. Specifically, in the offence of rape, prosecutor must establish lack of consent, the victim was forced, threatened, or intimidated, and had fear of death or hurt, etc. In the Nigerian courts, over the years, the courts used overt signs of fairly serious injuries or physical injuries to determine lack of consent. If she is not bruised or battered, she is disbelieved as the signs on her body should irrevocably confirm her speech. Moreover, because of the adversarial system of “prove beyond reasonable doubt”, this writer has argued on several occasions that rape becomes a man’s offence and a female trial. This leads to very high attrition rates in rape cases. According to a retired High Court Judge, throughout his career, he presided over just two rape cases and gave maximum sentence in one. Most complainants abandoned the case along the line due to the arduous nature of proof.

Third is the punishment for sexual violence. The punishment for rape or defilement is life imprisonment. In one of the rare cases prosecuted till the Supreme Court, the sentence of five years neutralised any sense of satisfaction with the judgment. The levity for the offence was vividly depicted in State v Hassan Audu (1972) where a 39-year-old raped a nine-year-old and the court appealed to the girl to marry her rapist! This writer is aware that recently, courts awarded judgments based on just desert. In two recent defilement cases, the Lagos High Court and Sexual Offences Court awarded 15 years and 60 years imprisonment, respectively. On July 27, 2020, the Court of Appeal affirmed the latter judgment. This is akin to life imprisonment and may probably serve as a deterrent.

In view of the above, this writer urgently proposes the following measures in tackling the scourge of sexual violence in Nigeria. First for the police, the National Assembly may need to amend Section 23 of the Police Act 1943, whereby the power of prosecuting criminal cases is totally removed. This will align with the provisions of the ACJA. The other alternative is to allow the police prosecutors only at the Magistrate Courts in line with the above-stated Supreme Court decision. This will be complemented by creating Human Rights Desks across the police stations manned by trained professionals who will take the necessary statements and conduct the proper investigations. Having said that, increase in police budget for training and procuring essential equipment is sacrosanct.

Second, it is essential for the country to shift towards a scientific proof of sexual offences. For instance, in a case of rape, once the victim/survivor is referred for medical examination, a rape kit can be used to collect evidence. The content consists of small boxes for evidence collection; sabs for collecting fluids from the lips, cheeks, thighs, vagina etc, blood collection devices, self-sealing envelopes. Forensic examination is thereafter conducted on such evidence. This writer is aware of only the Lagos State DNA and Forensic Centre in the country. Again, to set up such apparatus requires a chunk of money. But this will facilitate trial as it will be easier to connect the accused to the crime. All the evidence gathered will be pointing to consent or lack of it. Is there any political will to establish such institutions in other states? Your guess is good as mine.

Significantly, the ACJA encompasses victims’ remedies by granting the courts power to order payment of expenses or compensation. The question begging for answer here is, how many states have adopted the ACJA as their state laws? There is a need for structures that will offer psycho-social support to the victim/survivor and economic benefits for necessary exigency.

I cannot conclude this piece without mentioning the endemic discrimination and marginalisation of women in every stratum of the country as part of the root causes of sexual violence. There is evidently unequal power relation between men and women. Such attitudes contribute to the widespread acceptance of rape and other forms of sexual abuse against women and girls. Closely related to this is the shifting ‘value’ of society. Nothing appears to shame us again. The ‘good name’ of those days has been thrown into the dustbin of history. There is a gale of impunity in all areas of our lives.

Hence, whilst we keep the conversation of sexual violence alive, are we ready to take the bull by the horns and make the desired change as indicated above to eliminate this scourge? I rest my case.

Dr Ogunniran is an Associate Professor, Faculty of Law, University of Lagos. 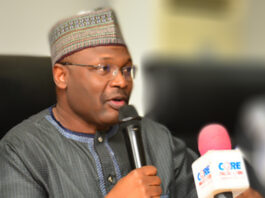 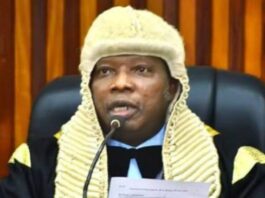 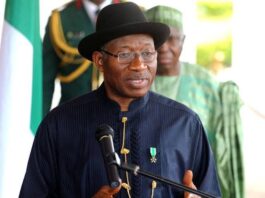