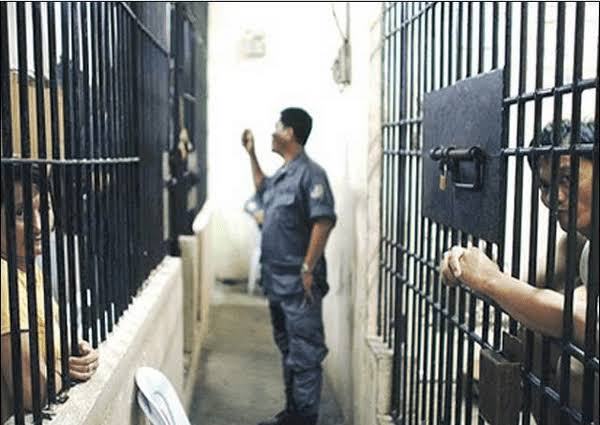 The media reported that eight inmates repatriated from Thailand to complete their prison terms at home are being held in the facility, over a year beyond their release dates.

Documents obtained showed that not less than six of them, who were imprisoned for drug-related offences, were granted royal pardon and their sentences commuted by the Thai monarch, Maha Vajiralongkorn, to one-sixth of their original sentence.

Going by the controversial prisoner transfer treaty between Nigeria and the Kingdom of Thailand and the royal pardon by the Thai King, these individuals should have been released by 2019.

According to the treaty, though inmates are transferred to their home country to serve out their sentence, they are still under the “exclusive jurisdiction” of the transferring country.

While the Correctional Service (NCS) authorities claimed they were not due to be released, human rights lawyer and activist, Femi Falana, has continually prevailed upon the Nigerian government in letters, demanding their freedom.

Femi Falana (SAN)
He, however, announced that they have been freed in a statement sent to this paper on Sunday evening.

According to Mr Falana, the six inmates were freed on December 26, Boxing Day.

Recounting the efforts taken to secure their release, Mr Falana stated that on July 2, 2020, his law firm requested the Honourable Minister of Foreign Affairs, Godfrey Onyeama, to direct the Nigerian embassy in Thailand to furnish them with the warrant for the release of the convicts.

“The Minister did and the Embassy procured and sent 6 warrants to Nigeria. The warrants were promptly forwarded to us.

“On August 25, we wrote to the Honourable Minister of Interior, Ogbeni Rauf Aregbesola urging him to direct the Kirikiri Maximum Correctional Centre to release the convicts from custody. As the request was subjected to bureaucratic hiccup we were compelled to file 6 applications at the federal high court for the immediate and unconstitutional release of the convicts. Even though the case has been adjourned to January 25, 2021 for definite hearing, the Minister of Interior granted our request last week for the release of the convicts. Accordingly, they were released on December 26, 2020. We are pursuing the case of the remaining two convicts.

”It is unfortunate that the convicts have been detained illegally since 2017 when the Thai King granted them amnesty. A few months ago, we also secured the release of an awaiting trial inmate who was charged with armed robbery and abandoned in the same Correctional Centre. The legal advice rendered by the Attorney-General of Lagos State to the effect that he had no case to answer received by the police 6 years earlier was not transmitted to the Magistrate Court that had remanded him in prison custody.”

He further noted that the two cases call for a comprehensive audit of all inmates in the nation’s correctional centres.

“For instance, 65 convicted soldiers who have met the conditions outlined in the Presidential Amnesty granted to certain categories of prison inmates in April 2020 are still languishing in prison custody. They were 66 of them but one of them has been released from prison custody. No reason has been adduced by the prison authorities for not releasing the others,” he said.

Police Should Apologise To Protesters Who Were Arrested On June 12