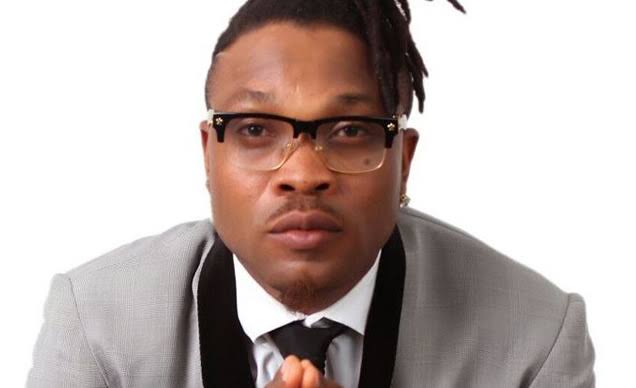 When a socio-conscious singer, African China, released his 2003 hit ‘Mr President’, which was also the lead track of his debut album of the same title, little did he know that 17 years after, the lyrics of the song would remain relevant.

The song was an open letter to the president highlighting some of the ills of the Nigerian society including police brutality.

In this interview with The media the singer turned entrepreneur, speaks about the state of the nation and police brutality

PT: When you released ‘Mr President’ 17 years ago, did you ever imagine that the ills you highlighted in your songs will still be rife in the Nigerian society?

African China: This is a tough one because this is a cause I have been fighting for over 21 years now, so now that the Nigerian youth are coming out now to protest, they have proven to me that I am not fighting for stones.

Media: Why didn’t you join the protests on the streets at first?

African China: I don’t necessarily have to be on the road because, to me, some of those people coming out trying to show their faces, using their phones to record themselves are just looking for cheap publicity. If you want to fight this thing, you have to fight it from the inside, spiritually, physically, this is what I represent all my life and I’m not scared of anybody. I have not collected any money from any government and I know exactly what the people want.

Media: Now that the #EndSARS protest has lingered for over one week, some Nigerians are saying that the protests are beyond calling for total disbandment of SARS. Do you agree?

African China: Yes, it is no longer #EndSARS. It has to be “End Police Brutality” because they have swapped it from SARS to SWAT. How can some rogue tell me, and the people of Nigeria and the people of Lagos that the issue of increasing police salary is not what will happen today or tomorrow?

But they will implement something and they will want to make it happen now. Therefore, this is a major problem. They will have to increase the police salary; at least, these are the people putting their lives on the line. N100,000 is not too much for a police officer. If you are paying them N100, 000 a month, I swear down nobody will have a reason and any police that is a trigger freak personnel will face the wrath.

Media: Do you think the issue at hand stems from poor remuneration?

African China: Yes it definitely is and that is why you will hardly hear that a Naval or an airforce officer cocks a gun and kills a person. They are well taken care of. It is mostly the people that are not taken care of that you’ll now give them guns because you want to use them for political assignment. It will backfire. See it now, the youth are awake. They even come and promise them money because that is what they do, they just promise you money and that is it, they promise you money and go back and collect that money times four.

Media: What are your thoughts on the newly formed Special Weapons and Tactics Team (SWAT)?

African China: What are the protesters demanding? Personally, I am asking for them to give us our fundamental human rights. Let the people have the right to film any form of police harassment. If you like, bring in your SWAT, if you like bring FBI, or CIA; all they want is the same thing happening in other parts of the world, where people have the right to film police brutality, police harassment, and not being told ‘‘bring that phone you’re videoing me?” If you are not doing the wrong thing, what is your problem with somebody filming you? The Nigerian politicians have refused to allow what Ex-president Goodluck Jonathan started then – I am not advocating for Jonathan because he has his own problems- the CCTV cameras he introduced in some major cities-they refuse to allow that thing work.

Media: Do you see yourself releasing a single for the protest?

African China: Like I said before, I am not doing this for fame because already, God has blessed African China. I thank God that my dream has come to pass. I am able to leave a footprint and my footprint is there now. You can imagine that most of the protesters are not really my generation, they are mostly 30 and below. Trust me, they were like kids, they were still dancing in the rain when their parents were playing my song. They came out and you can hear them chanting, singing to some of my songs and I am happy that I am alive to see it. If I die today, I will die a happy man that my dream was fulfilled in my lifetime not that people will say “he talk am that time before he died.” I don’t want that.

I am so happy because right now, everybody now knows the benefit of singing songs that have morals.

Media: Do you still do music?

African China: I chilled because one, I had to understand family and be involved in family life this was shortly after I got married. Two, I chilled because I felt Nigerians were not ready for me. I said okay let me give them time because it was like ‘‘wetin this one dey sing?’’ I have read one of those comments. So, I felt they were not ready for my kind of music. Right now, they are awake now and I thank God this thing has happened. But this thing, we were supposed to have prevented it years back. It shouldn’t have gotten to the level where it is today.

I am always doing my thing, I cannot change. If everything gets better, we will sing about love, happiness, and celebration. But if it goes on like this, we will keep talking about the ills of society.