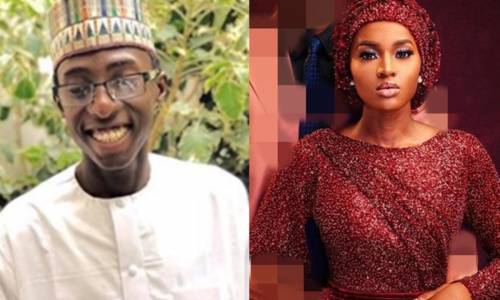 Following the prompt intervention of the Kano State Police Command, a 22-year-old man, Abba Ahmed, who earlier threatened to commit suicide if Hanan, the daughter President Muhammadu Buhari, did not marry him, has changed his mind.

Briefing Punch on Friday at the command headquarters at Bompai, police spokesperson, DSP Abdullahi Haruna, said the police counselled Ahmed against the plan and he had rescinded the decision.

Haruna said, “We were able to invite Abba Ahmed to the police command. He was counselled by the Force PRO, DCP Frank Mba, as well as Kano CP, Habu Sani, and the command’s imam, SP Abdullkadir Haruna, via a virtual session, at the end of which he rescinded his earlier decision to hang himself. He regretted his comments that if he did not marry the President’s daughter, Hanan, he would hang himself.”

Haruna quoted Ahmed as saying, “I realised that my intention is not healthy. Henceforth, I will never again attempt to find myself in such a situation.”

Meanwhile, Hanan on Friday got married to Turad Sha’aban.

The ceremony, which was held inside the Presidential Villa, Abuja, was said to be “strictly private.”

The President’s wife, Aisha, took to her Instagram page, @aishambuhari, to thank God for the success of the ceremony.

Hanan is a graduate of Photography from Ravensbourne University, England while the groom, Sha’aban, is a Special Adviser to the Minister of Works and Housing, Babatunde Fashola.

He is the son of a former lawmaker, Mahmud Sani Sha’aban, who represented Zaria in the House of Representatives from 2003 to 2007.

Teenager Jailed For Online Shaming That Led To Girl’s Suicide

Bridesmaid’s breast takes centre stage, causing the guest to spray money on her instead of on the bride