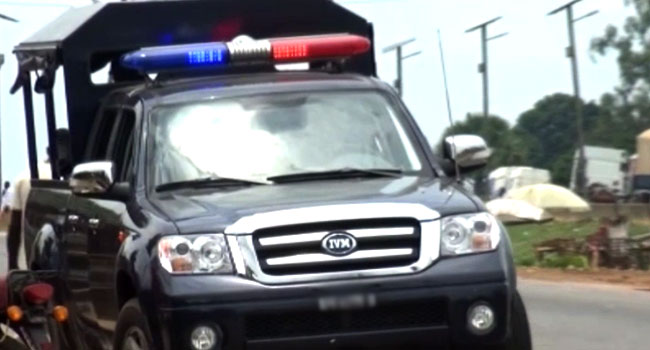 The Police in Jigawa State has arrested a pregnant woman who was said to be in possession of 100 pieces of fake N1,000 notes and 76 pieces of fake N500 notes in Birnin Kudu Local Government Area of the state.

The Police Public Relations Officer in the state, SP Abdu Jinjiri, who confirmed this to Channels Television said the woman was arrested after buying a body lotion of N300 from market.

According to him, the woman named Ruqayya Rabi’u who is 40-years-old is from Bichi Local Government area of Kano State.

“After the recovery of the fake notes, she confessed that the money was given to her by one Ladidi in Bichi LGA whose address is not known to her. And the said Ladidi asked her to go to B/kudu and buy grains with the money so that they will share the dividends,” Jinjiri said.

“The arrested woman further confessed that she was fully aware that the money was fake, however, she needs money as her husband has abandoned her with three children for the past six months and left to unknown destination,” he added.

The PPRO says the case is now being investigated and efforts are being intensified to arrest the remaining suspect.

At Least 33 Persons Dies of Cholera In Yobe, Jigawa