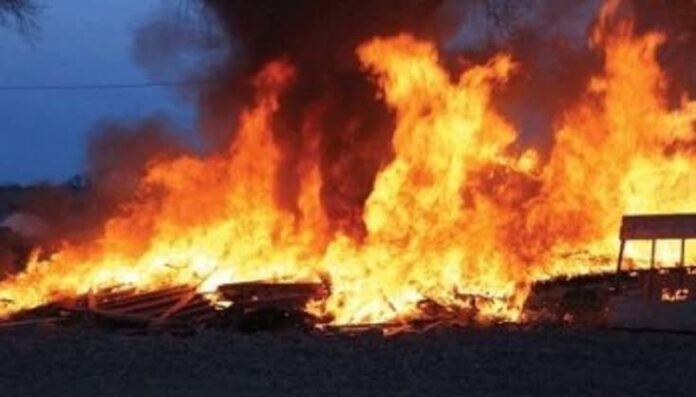 No casualties were recorded following the fire that gutted the Ketu plank market in Lagos State.

The Lagos State Emergency Management Agency (LASEMA) stated this on Sunday while noting that the fire started from one part of the market.

According to the DG, Dr Olufemi Damilola Oke-Osanyintolu, no life was lost and no one was injured in the incident. Goods were, however, destroyed.

Cause of the fire incident which reportedly started from one part

Oke-Osanyintolu further stated that emergency responders comprising the LASEMA team and the Lagos State Fire Service have pt out the raging inferno.

According to the LASEMA boss, a trailer that was caught up in the inferno has also been evacuated from the road to a layby.

He, therefore, urged members of the public to exercise caution at all times especially when dealing with heavy-duty equipment or machinery.

Fire Engulfs Ketu Plank Market on Demurin street. Cause of the fire incident reportedly started from one part of the market. it is evident that valuable goods having been destroyed by the fire.