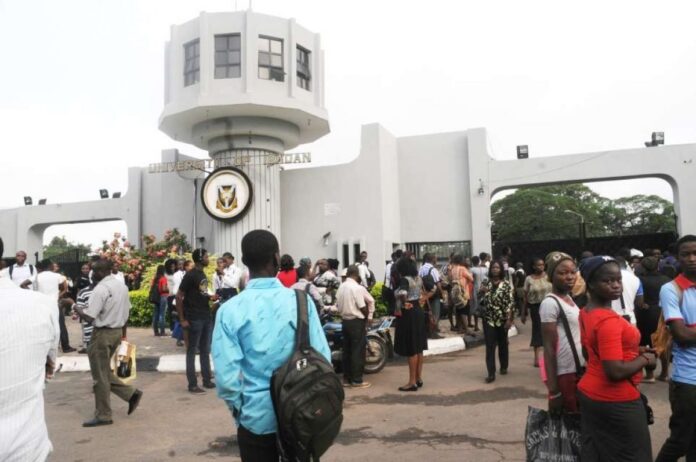 Having spent five years in the university, including an extra year, Saidu Rabi, (not real name) had hoped this year would be her last.

When news broke in March that university lecturers had commenced an indefinite strike, the student of Bayero University, Kano, knew she was in for a longer stay at home. The closure would last even longer due to the COVID-19 shutdown.

Since 1999, successive Nigerian governments have struggled to meet the demands of university union workers to strengthen the country’s fragile education system.

Data analyzed by this newspaper in 2018 and updated till 2020 showed that Nigerian lecturers had gone on strike 15 times since 1999. The entire period they embarked on such strike spanned about 50 months.

This represents about one-fifth, or 20 per cent, of the number of years since the dawn of democracy in Nigeria (1999).

This means that for every five years since 1999, Nigerian universities spent one on strike.

During the Olusegun Obasanjo administration, academic workers downed tools for a cumulative period of about 18 months, approximately 19 per cent of his eight-year reign.

The Umaru Yar’Adua administration’s three-year span saw about four months and a week of strike.

During Goodluck Jonathan’s administration, the length of the strike in the universities had reached 13 months, which is 22 per cent of his years in office.

So far, under Muhammadu Buhari, Nigerian universities have been shut for a total of 12 months and counting (or 18 per cent of his five-and-a-half-year tenure).

“The Nigerian students should not have to suffer through the struggles of the FG and the ASUU body,” Jamila Mohammed, a lecturer of Ahmadu Bello University, Zaria, said.

“I was once a student, we have all gone through this struggle and now I have the opportunity to view it from both sides; being a student and being a lecturer too,” she added.

The incessant face-off between the federal government and the striking academic union workers have been situated around the context of poor funding of the education sector and lackadaisical attitude of the government to implement negotiated agreements with the union.

Hassan Ya’u, a lecturer in the Department of Information and Media studies, Bayero University, Kano, agrees.

“The (current) strike is a setback on Nigeria’s educational system, it has affected the entire academic calendar for this session,’’ he said.

“Students that are supposed to be in classrooms are now redundant at home,” he said. “Even the lecturers are socially affected, They’re idle at home for about eight months now.”

Ms Mohammed of ABU also said “all we are asking for is a fair treatment as teachers and shapers of characters.

“We are not asking for outrageous amounts of gratuities but something that places us above the poverty line.’’

Also, Ibrahim Usman, an associate professor at the Federal University Dutse in Jigawa State, said ‘’one of the effects of the strike is causing loss of interest in our educational system.’’

“Most parents and students have lost interest in the educational system in Nigeria, as those who can afford education outside the country and in private universities have started making moves towards it,” he said.

“No matter how long or short a strike may last, it has adverse effects on the Nigerian educational system.”

Meanwhile, on Sunday, ASUU’s president, Biodun Ogunyemi, reaffirmed the union’s resolve to remain on strike. “Nigerians should bear with us. ASUU is doing their battle,” Mr. Ogunyemi said.

“Our Union is struggling to ensure that the children of the poor, who cannot afford the prohibitive cost paid in private universities or do not have opportunities to study outside Nigeria, get quality education which is not priced beyond their reach.”

After two rounds of strikes spanning over four months under the incumbent Buhari-administration, the latest ASUU strike which began in March over the non-payment of salaries of ASUU members who failed to enrol into the federal government’s IPPIS, a payroll software mandated for all public officials, has spanned for eight months.

Eight months on, negotiations between the two parties have continued to be stalled.

The Nigerian education sector has been poorly funded over the years, falling below the standard of the United Nations Educational, Scientific and Cultural Organisation recommendation (UNESCO).

The global organization proposed that 15 per cent to 20 per cent of annual budgets be earmarked for education. This recommendation, UNESCO said, is to enable nations to adequately cater to rising education demands.

The Nigerian government had failed to meet this recommendation.

The Media reported that in the last decade, the highest budgetary allocation to the education sector was 10.7 percent in 2015.

The proposed 5.6 per cent in the 2021 budget by President Buhari is the lowest percentage allocation in 10 years.

Although BUK’s Rabi has had a rough stay at home, other students told PREMIUM TIMES the strike has opened their eyes to other economic opportunities and soft skills.

Clara Okonkwo, also a student of BUK, said she was able to shrug off the effect of the strike by venturing into catering.

“Seriously it has affected me, I have not been able to study for a while now,” she said. “I’m focused on improving my baking skills and also utilising the services I render on interior decorations.”

Like Ms Okonkwo, Nana Khadijah said she has used the strike as an opportunity to boost her writing skills.

“The strike has stalled a lot of plans, although it has given me space and time to complete my book which is due for publishing now.

“I am also reviewing other materials and hopefully I will start writing another novel before the end of this year. I am not idle,” she said.

Nehemiah Bako, 24, has improved his skills in photography.

“As a final year student, I’d say, the strike has affected me the most. I’ve already planned early this year to venture into full-time studio operations after school, the strike has held me back.

“If the strike continues for long, I’d have to proceed with my business,” he said.

The optimism these students share are, however, in stark contrast with Ms Rabi’s who says she sees no ray of hope.