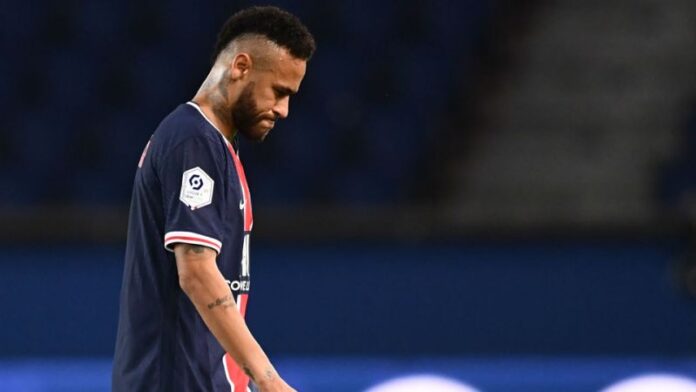 Neymar received a two-match ban Wednesday for his red card against Marseille as the French league announced it would open an investigation into accusations of racism by the Brazil forward against Alvaro Gonzalez.

Angel Di Maria will also be summoned to the league’s next disciplinary commission meeting on September 23 over claims he spat at Marseille defender Gonzalez during PSG’s 1-0 loss which ended with a mass brawl and five players sent off.

Neymar was sent off for slapping Gonzalez on the back of the head and accused the Spaniard of calling him a “monkey”. Gonzalez denies the allegation.

“We know there was an exchange of words. But right now, there isn’t enough certainty to call in the players,” said Sebastien Deneux, president of the disciplinary commission.

He said the investigation would study the footage further to determine whether there was enough evidence to substantiate the claims of racist abuse.

The probe could also potentially interpret whether Neymar made homophobic remarks to Gonzalez, as reported by Spanish media.

PSG defender Layvin Kurzawa incurred a six-match ban for kicking out at Marseille left-back Jordan Amavi, who was hit with a suspension of three games after he too was dismissed.

Leandro Paredes was banned for two games after he was sent off for a clash with fellow Argentine Dario Benedetto, who was also red-carded and will be suspended for Marseille’s game with Saint-Etienne on Thursday.

Neymar watched Wednesday’s 1-0 win at home to Metz from the stands as PSG registered their first points of the season courtesy of a stoppage-time Julian Draxler goal, after successive opening defeats for the first time since 1984/85.

He will be free to return to face Reims on September 27 but will miss Sunday’s trip to Nice.

The suspension adds to a growing list served by Neymar since his arrival in Paris in 2017 as the world’s most expensive football.

He was banned for three games by UEFA — eventually reduced to two — following a foul-mouthed rant at officials following PSG’s Champions League exit at the hands of Manchester United in March 2019.

A couple months later he lashed out at a Rennes supporter following PSG’s defeat on penalties in the French Cup final, earning himself a three-match ban from the French FA.

Neymar was also sent off in a 2-2 draw against Marseille in October 2017 for two petulant yellow cards late in the game.