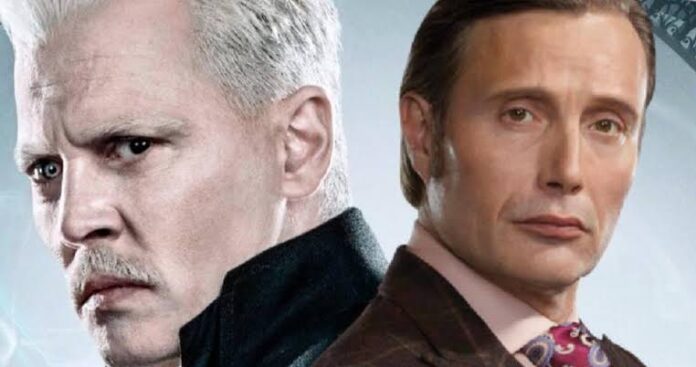 Mads Mikkelsen has been confirmed to replace Johnny Depp in the Fantastic Beasts movie subsequent prequels.

Following the departure of Depp, the Hannibal, Rogue One and Doctor Strange star has been signed up with Warner Bros. to take on the role of the dark wizard Gellert Grindelwald. The is the third picture in the installment of Fantastic Beasts, a five-film series written by J.K. Rowling, author of the internationally acclaimed Harry Potter books.

Fantastic Beasts 3 is to be directed by David Yates and set partly in South America, Brazil. The movie has already been pushed back from late 2021 to a July 15, 2022 release date, to accommodate recasting the wizard.

Fans of the movie were unpleasantly surprised when it was announced that Johnny Depp would officially be exiting the Fantastic Beasts franchise in response to losing his libel case. Since the third Fantastic Beasts movie is currently in production in the U.K. with Eddie Redmayne, Jude Law and the rest of the all-star cast, Warner Bros had to move fast to find another wizard Gellert Grindelwald to take Depp’s place.

According to an official Warner Bros announcement, Mads Mikkelsen is now set to replace Johnny Depp as Grindelwald in Fantastic Beasts 3. The news comes just a week after the Doctor Strange and Hannibal actor updated fans by saying he was “waiting for the phone call” to make it official.

Mikkelsen who was being modest about the role when asked a week ago: “Oh, that is on the rumor basis as we speak,” he said not wanting to reveal much. “So I know as much as you do from the newspapers. So, I’m waiting for that phone call.”

Following his defeat in a newspaper libel case against the Sun newspaper over an article that labelled him a “wife-beater” in reference to Amber Heard. Depp, 57, shared a letter on his Instagram feed which said, “I wish to let you know that I have been asked to resign by Warner Bros. from my role as Grindelwald in Fantastic Beasts and I have respected and agreed to that request.” His request for an appeal case was denied yesterday but has been given until 7 December to apply directly to the Court of Appeal.

In the Harry Potter universe, Grindelwald is an immensely powerful, evil wizard, who is regarded as second only to Voldemort.