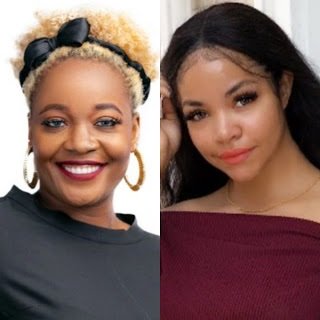 The House has witnessed another fall out betwwen Lucy and Nengi.

Both got into disagreement just after the eviction.

Nengi had accused Lucy of backbiting but Lucy wasn’t in for it as she fired back immediately.

Explaining the encounter to Praise, Lucy said she was in the toilet when Nengi knocked in the door to ask if she (Lucy) was talking about her.

“I was in the toilet and she came to knock if I was talking to her and I was like aunty if I have anything to say to you I will come to you directly and say it to your face I won’t say anything behind you,” Lucy said.

While the fight was on, they called themselves unprintable names.

Ozo, who happens to be Nengi’s love interest and current Head of House, however, tried to step in to calm the situation but couldn’t.

This is coming after Wathoni and Vee recently reconciled