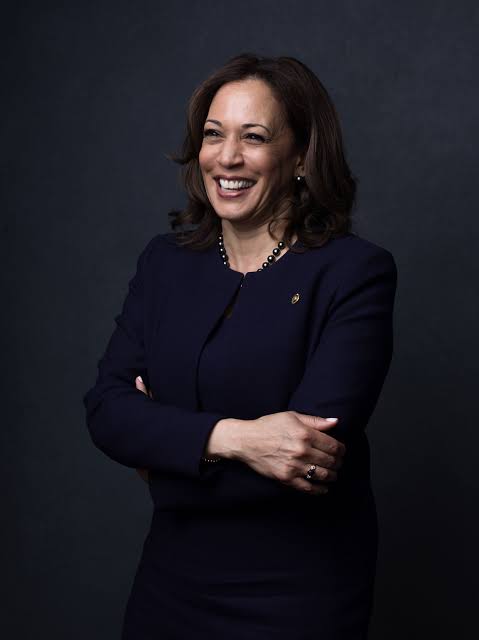 Harris, the first Black woman in the US Senate from California, ran against Biden for the presidential nomination.

First-term United States Senator Kamala Harris’s star was already rising fast when she jumped into the race for the Democratic presidential nomination in early 2019. Liberals in the party loved her for being the face of the party’s future – a young, Black woman.

Despite entering the race as an immediate frontrunner, Harris, who was also the only African-American woman running, was out by the end of the year – before even the Iowa caucuses. Her struggle to maintain support was driven by an inability to articulate clear policy positions and a backlash from an attempt to attack rival Joe Biden’s record on race during a June 2019 debate.

Many thought the dust-up ended her chances of being considered for the vice president slot. But they were wrong.

At a July news conference, Joe Biden’s notes included a section about Kamala Harris with a statement that read: ‘Do not hold grudges’
Harris, 55, the daughter of immigrants from Jamaica and India, is a former California state attorney general who became popular with liberal activists for her tough questioning of appointees and officials from the administration of President Donald Trump – including Supreme Court nominee Brett Kavanaugh and former Attorney General Jeff Sessions, during Senate hearings.

As one of the earliest congressional critics of Trump’s immigration policies, Harris pushed hard for a deal to protect from deportation those immigrants who came to the country without documents as children, a group known as the Dreamers.

Harris made history in 2016 when she became the first Black woman elected to the US Senate from California, and she has pushed back against critics of “identity politics”, who she says are using the term as a pejorative to marginalise issues of race, gender and sexual orientation.

She was among a handful of Democrats who aggressively questioned Kavanaugh at his Supreme Court confirmation hearing about his views on abortion and on the special counsel probe into potential Russian meddling in the 2016 election.

In the Senate, she introduced a bill to give lower-income families cash payments and tax credits to help battle wage stagnation and rising housing costs, and she has been a strong advocate of criminal justice reforms.

In a memoir published in 2019, Harris described herself as a “progressive prosecutor” and said it is a “false choice” to decide between supporting the police and advocating for greater scrutiny of law enforcement.

She is, however, no favourite of progressives in the Democratic party. Many have criticised her record, including her sometimes reluctant approach to criminal justice reform and her fighting against lawsuits brought by sex workers and opponents of solitary confinement in prisons.

She also came under scrutiny for declining as attorney general to prosecute OneWest Bank, which was once headed by Treasury Secretary Steven Mnuchin, for alleged foreclosure violations. Harris, who voted against Mnuchin’s confirmation as head of the US Department of the Treasury, said she “followed the facts” in declining to prosecute.

With Focus On Non-Oil Exports, Economic Diversification Is On Course – Osinbajo