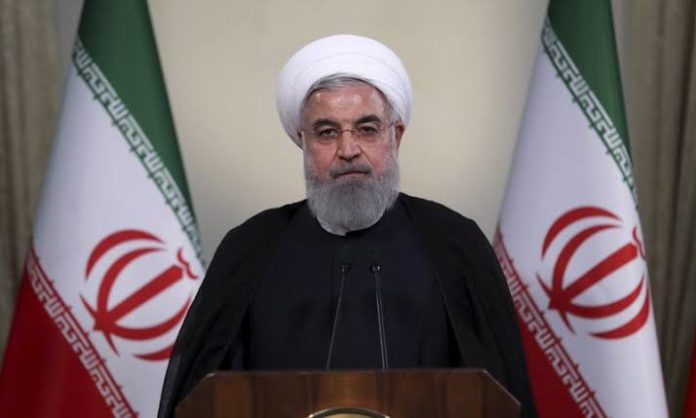 Iran said Saturday it had arrested the head of a US-based “terrorist group” accused of being behind a deadly 2008 bombing in the southern city of Shiraz and planning other attacks.

“Jamshid Sharmahd, who was leading armed and sabotage operations inside Iran, is now in the powerful hands” of Iran’s security forces, state television said, citing an intelligence ministry statement.

It did not elaborate on where or when the alleged leader of the opposition royalist group known as the Kingdom Assembly of Iran, or Tondar (Farsi for Thunder), was detained.

Iran slammed its arch-enemy the United States for hosting Sharmahd and “supporting known terrorists who have claimed responsibility for several terrorist acts inside” the country.

“This regime must answer for its support of this terrorist group and other groups and criminals who orchestrate armed, sabotage and terrorist operations against the people of Iran from inside America and spill Iranians’ blood,” a foreign ministry statement said.

The intelligence ministry said Sharmahd had orchestrated the April 12, 2008 bombing in a packed mosque in Shiraz that killed 14 people and wounded 215.

A US State Department spokesperson said, “the Iranian regime has a long history of detaining Iranians and foreign nationals on spurious charges”.

“We urge Iran to be fully transparent and abide by all international legal standards.”

Mosque bombing
Iran hanged three men convicted of the bombing in 2009, saying they had ties to the monarchist group.

The three men said they had been taking orders from an Iranian US-backed “CIA agent” identified at the time only as “Jamshid” to try to assassinate a high-ranking official in Iran, Fars news agency reported at the time.

They were 21-year-old Mohsen Eslamian and Ali Asghar Pashtar, 20 — both university students — as well as Rouzbeh Yahyazadeh, 32.

The three were found guilty of being “mohareb” (enemies of God) and “corruption on earth” by a revolutionary court in Tehran.

Iran in 2010 hanged two other convicted members of the group, who had “confessed to obtaining explosives and planning to assassinate officials”.

The statement issued on Saturday said that Tondar had plotted several other “big operations” which failed.

It said that Tondar had planned to blow up a dam in Shiraz, use “cyanide bombs” at a Tehran book fair, and plant an explosive device at the mausoleum of the Islamic republic’s founder, the late Ayatollah Ruhollah Khomeini.

Iran’s intelligence ministry published a picture later on Saturday of a grey-haired man in a blindfold it said was Sharmahd. It did not say where or when the photo was taken.

According to the association’s website, Sharmahd was born in Tehran in 1955 and grew up in an Iranian-German family before moving to the United States in 2003, where he started to voice anti-Islam and anti-Islamic republic statements.

Tondar rejects the Iranian political system and campaigns to overthrow the Islamic republic and re-establish a monarchy similar to that of Cyrus the Great.

It said Ruhollah Zam was arrested in a “sophisticated and professional operation”.

Zam, described by Iran’s Revolutionary Guards as a “counter-revolutionary” who was “directed by France’s intelligence service”, was sentenced to death in June over “corruption on earth”.

Zam, who reportedly lived in exile in Paris, ran a channel on the Telegram messaging application called Amadnews and was accused of sparking unrest during anti-government protests in 2017-18.

The Islamic republic also captured the head of a Sunni Muslim rebel group in a dramatic operation in 2010 and executed him in the same year, boasting of its reach in capturing adversarial figures.

Abdolmalek Rigi was arrested while on a flight from Dubai to Kyrgyzstan, when Iranian warplanes forced the plane he was travelling on to land in Iran.

The rebel group Jundallah (Soldiers of God) had waged a deadly insurgency in Shiite Iran’s southeastern province of Sistan and Baluchistan for a decade before it was severely weakened by Rigi’s execution.

Kennedy Assassination: The US Releases Thousands Of Secret Files