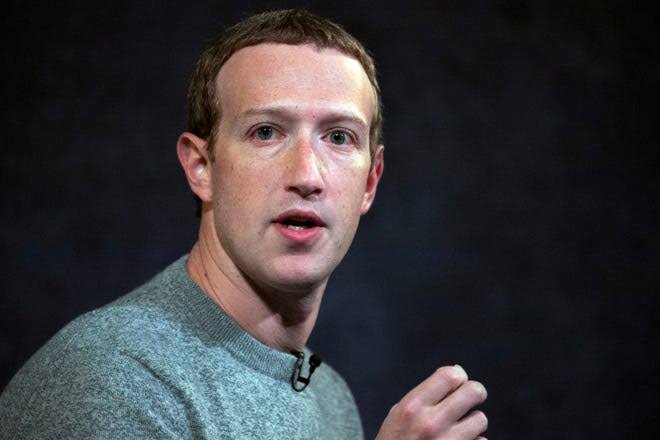 “These businesses are nascent but the networks established, the brands are already meaningful, and if they grow to a large scale they could be very disruptive to us,” he wrote. “Given that we think our own valuation is fairly aggressive and that we’re vulnerable in mobile, I’m curious if we should consider going after one or two of them. What do you think?”

Ebersman was skeptical. “All the research I have seen is that most deals fail to create the value expected by the acquirer,” he wrote back. “I would ask you to find a compelling elucidation of what you are trying to accomplish.” Ebersman went on to list four potential reasons to buy companies and his thoughts on each: neutralizing a competitor, acquiring talent, integrating products to improve the Facebook service, and “other.”

It’s a combination of neutralizing a competitor and improving Facebook, Zuckerberg said in a reply. “There are network effect around social products and a finite number of different social mechanics to invent. Once someone wins at a specific mechanic, it’s difficult for others to supplant them without doing something different.”

“WHAT WE’RE REALLY BUYING IS TIME.”

Zuckerberg continued: “One way of looking at this is that what we’re really buying is time. Even if some new competitors springs up, buying Instagram, Path, Foursquare, etc now will give us a year or more to integrate their dynamics before anyone can get close to their scale again. Within that time, if we incorporate the social mechanics they were using, those new products won’t get much traction since we’ll already have their mechanics deployed at scale.”

Forty-five minutes later, Zuckerberg sent a carefully worded clarification to his earlier, looser remarks. “I didn’t mean to imply that we’d be buying them to prevent them from competing with us in any way,” he wrote. The emails between Zuckerberg and Ebersman were revealed few days ago during the House antitrust subcommittee’s hearing on antitrust issues in tech, as Rep. Jerry Nadler (D-NY) questioned Zuckerberg about the Instagram acquisition.

The emails, along with several other messages and documents from 2012, show that Facebook — and Zuckerberg, in particular — wanted to buy Instagram to avoid competition, the committee argued. “Facebook, by its own admission … saw Instagram as a threat that could potentially siphon business away from Facebook,” Nadler said during the hearing on Wednesday. “So rather than compete with it, Facebook bought it. This is exactly the type of anti-competitive acquisition the antitrust laws were designed to prevent.”

Sending a clarification about not preventing companies from competing with Facebook is itself evidence that Zuckerberg knew he’d revealed too much, according to the committee — a calculated walkback intended to help the company avoid future scrutiny of the deal. (In a presentation of the emails to members of Congress, the antitrust committee’s lawyers labeled the slide “Whoops!”)

By the beginning of April 2012, Zuckerberg was moving toward a deal. “I just need to decide if we’re buying Instagram,” he wrote in a series of emails sent days before he made the offer to buy the company. “Instagram can hurt us meaningfully without becoming a huge business,” he wrote. By contrast, if Facebook didn’t buy Pinterest or Foursquare and they succeeded, “we’ll just regret not doing them” internally, he added. “We’re kind of already working on building some version of Foursquare.”

The emails are evidence that Zuckerberg viewed Instagram as a potential existential threat to the company, according to the committee — clear statements that the CEO moved to buy the upstart app to insulate Facebook from current and future competition. For its part, Facebook has said that Instagram competed with some aspects of Facebook but also complemented its core features. “I’ve been clear that Instagram was a competitor in the space of mobile photo sharing,” Zuckerberg told Congress on Wednesday.

“There were a lot of others at the time. They competed with apps like VSCO Cam and PicPlz and companies like Path. It was a subset of the overall space of connecting that we exist in. And by having them join us, they certainly went from being a competitor in the space of being a mobile camera to an app that we could help grow and to help get more people to be able to use.”

Instagram was hugely popular within Silicon Valley before it was acquired, and Facebook was not the only bidder interested in acquiring it. Twitter, which had helped Instagram immensely in its earliest days by letting users find their Twitter-using friends on the app, made an aggressive pitch to buy the company. As Sarah Frier reported this year in her book No Filter, Twitter offered the company stock worth between $500 million and $700 million. But Instagram co-founder Kevin Systrom rejected the offer, and the first week of April 2012, Zuckerberg called and offered to acquire the company and its 13 employees.

Systrom’s board — led by Matt Cohler, an early former Facebook employee — encouraged him to take the meeting. At the time, Facebook was preparing for its initial public offering, and it had not yet figured out how it would transport its large audience of desktop web users to the mobile phones that were rapidly becoming ubiquitous.

“IF WE DON’T CREATE THE THING THAT KILLS FACEBOOK, SOMETHING ELSE WILL.”

When they met, Zuckerberg offered Systrom something Twitter didn’t: relative independence. In exchange for joining Facebook, the company would give him enormous resources with which to build Instagram and let him run it as CEO. Systrom agreed, and among the reasons he shared with his board was “if Facebook took measures to copy Instagram or target the app directly, that would make it a lot more difficult to grow,” Frier reported.

Facebook’s orientation guide for new employees contained the sentence, “If we don’t create the thing that kills Facebook, something else will.” Systrom famously sold the company for $1 billion, though the final purchase price was $715 million, as the deal closed in the aftermath of Facebook’s famously rocky IPO, when the company’s stock had lost much of its value. (It recovered!)

The deal underwent a standard review by the Federal Trade Commission in which each company hired its own lawyers to look for any evidence that the deal was anti-competitive and should not be approved. Facebook argued that it did not compete with Instagram directly — but that Facebook Camera, a recently launched photo sharing app, did and was one of dozens of photo sharing apps on the market.

This approach neatly set aside the true strategic value of Instagram, which lay in helping Facebook amass the largest user base in the world, around which it would go on to build a dominant advertising business. And that value was not widely apparent; when the deal was announced.

ZUCKERBERG’S EMAILS SUGGEST HE KNEW BETTER THAN REGULATORS HOW VALUABLE ACQUIRING INSTAGRAM WOULD BE FOR FACEBOOK The FTC declined to prosecute, in part because antitrust regulation since the 1960s has been based on the idea of consumer harm, measured largely through price increases. Because both Facebook and Instagram offered their services for free, the FTC believed it would have difficulty proving that the deal would harm consumers.

One probable outcome of the congressional antitrust hearing is a refinement of that standard to more closely scrutinize deals like these. Both Facebook and Instagram were much smaller in 2012 than they are today, and it was then unclear that Instagram, in particular, would evolve to become something much bigger than a photo sharing app.

In recent years, as it surged past 1 billion users, it effectively became a sequel to the original Facebook — an all-purpose social network with a much younger audience than its parent company. “I think the FTC had all of these documents … and unanimously voted at the time not to challenge the acquisition,” Zuckerberg said on Wednesday. “In hindsight, it probably looks obvious that Instagram would have reached the scale that it has today. But at the time, it was far from obvious.”

The FTC completed its review of the acquisition in the summer of 2012 without holding any open hearings or issuing a public report. The agency noted it might reopen the inquiry at an unspecified future date, “as the public interest may require.” The United Kingdom’s Office of Fair Trading also reviewed the deal, as did — in a rare move — the California Department of Corporations. Neither found any reason to block the deal.

Within a few months of the acquisition, Instagram and its 80 million users belonged to Facebook. Still, Zuckerberg’s emails suggest he knew better than regulators how valuable acquiring Instagram — and other competitive startups — would be for Facebook. “Google+ is a red herring,” a senior engineer wrote in an internal Facebook thread in January 2012. “We are getting distracted by a shitty clone while guys like Instragram and Pinterest ramp up and create new markets that we should’ve seen coming.”

After the Instagram deal closed, Zuckerberg emailed the engineer, referencing the post. “I remember your internal post about how Instagram was our threat and not Google+,” he said. “You were basically right. One thing about startups is you can often acquire them.” “One reason people underestimate the importance of watching Google is that we can likely just always buy any competitive startups,” Zuckerberg emailed another employee who wrote to congratulate him on the Instagram acquisition. “But it’ll be a while before we can buy Google.”