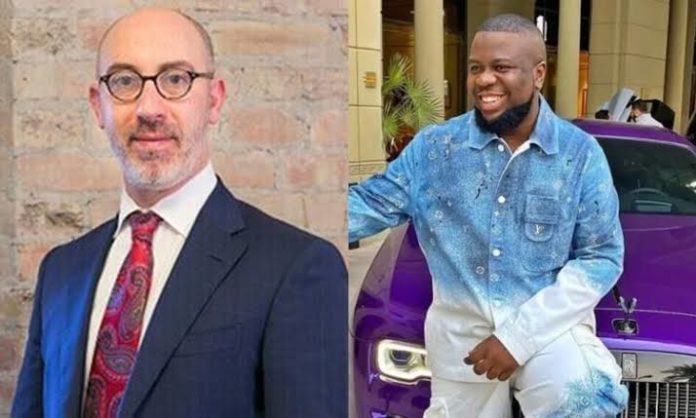 However, Hushpuppi’s lawyer Gal Pissetzky, a top Chicago criminal lawyer, tells local media that Hushpuppi was only transfered from Chicago to California, and hasn’t been released. He stated that his client hasn’t been found guilty of any crimes and has some criminal cases to face in California. Pissetzky, tells The PUNCH on Wednesday night that:

“He (Hushpuppi) hasn’t been released and I am still his lawyer. He is on his way to California. Not everything you see in court documents are accurate.”
“Just because jail record says ‘released’ doesn’t mean that he has been released. He is being transferred to California.”

The Nigerian Instagram influencer Ramon Abbas Igbalode appeared in US court mid July for advance-fee scam charges by the FBI. But he wasn’t granted bail meaning that he would remain in prison custody. The Nigerian Instagram celebrity has been in MCC Chicago, Federal Bureau of Prisons, Chicago, Illinois USA, since early July.
Hushpuppi aka Ramon Olorunwa Abbas or Ramon Olorunwa Abbas (according to BOP details), was arrested for fraud alias advance-fee scam in Dubai before being extradited to the US.
The Federal Bureau of Prisons uploaded Hushpuppi’s name on the BOP website on Monday night on 6 July, 2020 with registration number, 54313-424.

US Department of Justice is currently transferring the 37-year-old Hushpuppi to Los Angeles to face criminal charges in the coming weeks.

Kennedy Assassination: The US Releases Thousands Of Secret Files