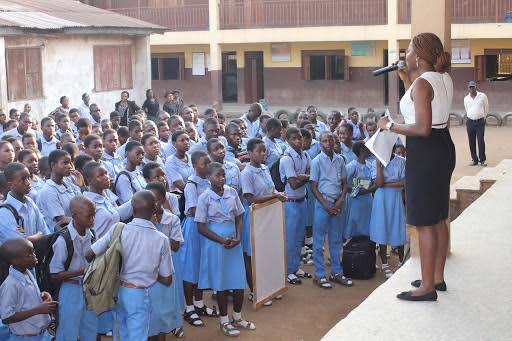 The directive is for both the public and private schools.

The Lagos State government has directed all primary and secondary schools across the state to be closed from Tuesday, October 20.

The directive, according to the statement issued by the commissioner for education, Folasade Adefisayo, is for both the public and private schools.

The statement, which was signed on behalf of the commissioner by the education ministry’s spokesman, Kayode Abayomi, noted that the new development is in response to the escalating protests against police brutality in the state.

The directive is coming on the same day schools reopened fully for all categories of classes including daycare, kindergarten and nursery groups.

According to the state, the safety of the pupils and their teachers is paramount and so deserves priority.

Mr Abayomi wrote; “She however advised parents to keep an eye on their wards and not allow them to be used as willing tools in the hands of those who might want to hijack the protests to unleash mayhem on the society.

“The commissioner also encouraged schools to utilise other means of distance teaching and learning i.e radio, television and online media as they have been doing during and post the recent COVID-19 lockdown.”

He said a new date for resumption of all classes will be announced as soon as appropriate.

The government had last week scheduled full reopening of the schools for Monday, but protests across some states in the country on Monday escalated with many businesses and offices shut in Lagos.

Aside the state government secretariat and offices of various government agencies that were shut on Monday, many more roads were also blocked by angry youth who accused the government of impunity, corruption and maladministration.