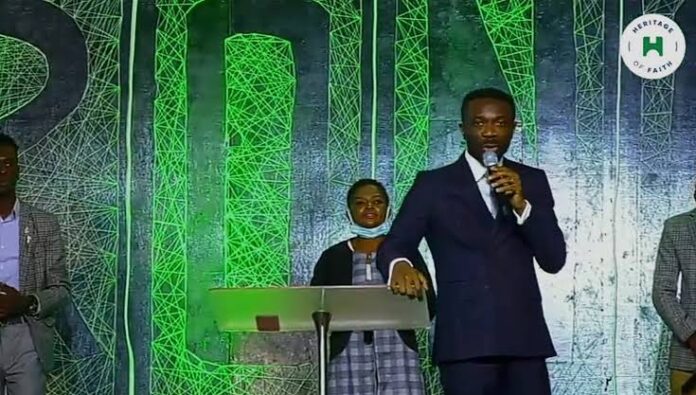 For nearly a week after multiple accounts of his alleged sexual misconduct surfaced online, Peter Alabi, a clergyman, has refused to respond to the accusations.

The media had earlier reported how Mr Alabi, a Senior Pastor at RICC, has been faced with accusations of sexual impropriety after he was called out on social media.

Mr Alabi, a graduate of Obafemi Awolowo University, Ile-Ife, Osun State, started his ministry in Ile-Ife where he led a student fellowship in the school for years even after graduation. He later moved to Lagos State, where RICC is now headquartered.

Meanwhile, many other alleged victims and former members of his religious organisation have, in the past six days, claimed to be privy to his “unholy” deeds.

Many of these people shared their experiences via a form put out by Temitope Badejo, a lawyer and former member of his church.

According to testimonies, majority of his victims were students of OAU but the chats showed that the clergyman also made sexual advances at a female member during the COVID-19 lockdown.

‘Silent’
When contacted before the first publication, the church, through its official line, informed the media that Mr Alabi will respond to accusations of sexual harassment against him on Sunday.

Adedayo Oluwafikewa, Mr Alabi’s personal assistant, also confirmed this but claimed the response would not be made public as it was intended for a section of the church.

During the Sunday service, which was monitored by the media, Mr Alabi did not address the allegations making rounds.

After the church’s service on Sunday evening, our reporter put calls across to the telephone but the line was switched off. This continued on Monday.

This paper sent a couple of emails and text messages to the designated addresses but yet to get feedback.

Also, when the respondent to the church’s official telephone was contacted via her private telephone, she said; since the media had sent a text message, it will be attended to. She did not comment on why the church’s line has been switched off.

Speaking with our reporter on Sunday evening, Mr Alabi’s personal assistant said his principal was yet to make an official statement on the allegations.

“He is not under any obligation to speak to you,” he added.

Mr Oluwafikewa also refused to put our reporter across to the clergyman for a direct conversation.

More allegations
While Mr Alabi and the church have been silent on the scandal, more allegations have continued to trail the pastor.

A former student at OAU, via the form, alleged that Mr Alabi made sexual advances at her sometime in 2016 but she rebuffed him.

According to her narration, Mr Alabi asked for sex even while she was very ill.

“I remember this one time in OAU. This was ’15/16. I was sick, really sick-had a cold and cough. I remember telling Pastor Peter- (before now, he had been making advances, telling me to meet him in hotels or motels stating that he thought I was mature and he’d want to confide in me personal matters.

”After sometime, he started to call me, text me and say weird things about how he wanted me and what not. He’d make me delete the messages, remember showing these messages to a man in the church at the time. PP would say he liked me and I had a beautiful body and he’d like to be more than just my pastor).

”He said he would love to bring me something to eat and drink so I can feel better and also say a prayer for me. Sent him my address, and in minutes, he was by my door. A part of me knew I was making a mistake, a part of me just shrugged that thought and felt, ‘well, he’s my pastor after all. He won’t rape me in my home’.

The anonymous accuser noted that her testimony can be corroborated by some members of the church.

Also, the receipts of chats between Mr Alabi and a female member released by Mr Badejo showed that Mr Alabi had made sexual advances at the lady, whose identity was not revealed.

From the dates, the chat began on Instagram in March 2020 and continued on WhatsApp till June 2020.

The amorous conversation between the pastor and the lady led to a meeting with the intention of having sex.

“Is it necessary to bring condoms?” the clergyman asked the lady in one of the chats.

The details of the meeting were not included in the post.