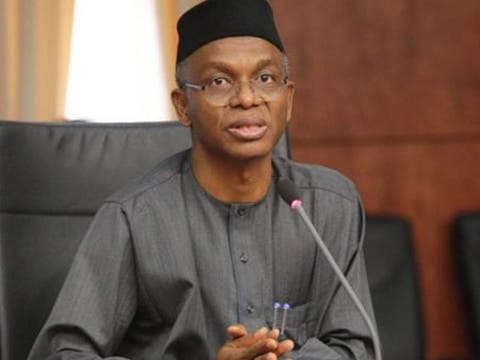 Governor Nasir El-Rufai of Kaduna State has signed into law the amended penal code 2020 which prescribes surgical castration for a rapist upon conviction.

The development was disclosed in a statement on Wednesday by the governor’s spokesman, Muyiwa Adekeye, after the amended law was passed by the Kaduna State House of Assembly last week.

The state House of Assembly noted that “with the new law, anyone convicted of rape will have his organ surgically removed so that even upon completion of his jail term, he will not be able to commit the crime again.

While signing the law, governor El-Rufai noted that in addition, such convicts will be listed in the sex offenders register to be published by the Attorney-General of the state.

He stated that these drastic penalties are required to help further protect children from such serious crimes.

See details of the amended Penal Code below.

1. Whoever commits rape of a child below the age of fourteen (14) years shall on conviction, be punished with surgical castration and death.

2. Whoever has sexual intercourse with a male child below the age of fourteen years shall be punished with surgical castration and death.

3. Where a female adult is convicted for the offence of rape of a child, the court shall punish the accused with bilateral salpingectomy and death.

4. Where the victim is above fourteen years, the court shall on conviction sentence the accused with a punishment of surgical castration and life imprisonment.

5. Where the convict is a child, the court shall order as appropriate under the children and young person law cap 26 laws of Kaduna State 1991.

6. Where the victim is a child, the court shall in addition to the conviction, order that the convict be listed in the sex offenders register to be published by the Attorney General.

7. Where the court is trying the offence of rape involving a child below the age of fourteen years, corroboration of a medical report shall be necessary.