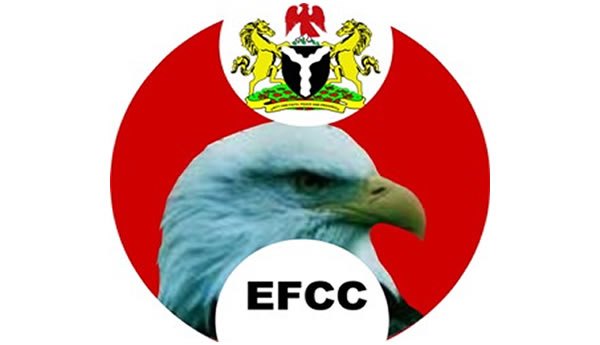 Two persons, Motunrayo Olasebikan and Abideen Adefisayo Tijani have been arraigned before Justice Ladiran Akintola of the Oyo State High Court in Ibadan for alleged involvement in a visa scam.

The Economic and Financial Crimes Commission (EFCC) is prosecuting the suspects on a seven-count charge of conspiracy, forgery and uttering.

This was disclosed in a statement issued on Thursday by the agency’s spokesman, Wilson Uwujaren.

According to the commission, Olasebikan claimed to be a school proprietress in the state capital.

“That you: Olasebikan Motunrayo and Tijani Abideen Adefisayo on or about September 2018, at Ibadan within the Ibadan Judicial division of this Honourable Court, did make document titled: “Electronic Travel Authorisation” “No. J511464256” in the name of one Adediran Pamilerin Adedayo purporting it to have been issued by the Canadian High Commission on the 6th of July, 2016 and expiring on 6th of June, 2021 with the intent that it may be acted upon as genuine, which you knew to be false and thereby committed an offence,” the statement partly read.

Their arraignment followed a petition from one Inumidunsola Popoola who wrote on behalf of himself and other victims.

Popoola alleged that sometimes in February 2018, he and three others were tricked by the defendants into parting with monies running into millions of naira for processing travel documents.

The suspects, he added, presented themselves to be registered travel agents licensed to undertake the task.

He further alleged that though they were given some documents as agreed, it was later discovered that the papers were forged as they were turned down at the point of traveling.

The accused pleaded not guilty to the charges preferred against them.

Following their plea, prosecution team led by Dr. Ben Ubi prayed the court for a trial date and an order to remand the duo in custody pending the trial date.

Similarly, the defence counsel, A. B. C. Ademiluyi and S. O. Alli, prayed the court for a short adjournment to hear the bail applications of their respective clients.

Justice Akintola subsequently adjourned the case to October 7 for the hearing of the bail applications and ordered that the accused be remanded at the EFCC’s custody.