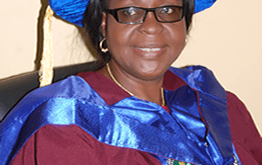 The provost, our correspondent reliably gathered, used N36m to build two toilets in the institution funded by the Tertiary Education Trust Fund.

Speaking under the condition of anonymity, a senior staff of the institution told our correspondent that the two toilet projects was a fraudulent deal allegedly struck by the provost with the contractors, who handled it.

“The provost concluded everything with the contractors before going into the bidding process. Warri College of Education is synonymous with corruption and other fraudulent practices.

“But even if you raise the alarm, nobody will do anything because the whole system is corrupt. Those who are supposed to take action will not cough because they have been taken care off too,” he said.

Two companies, Awaguma Nigeria Limited and Henag Nigeria Limited, said to have been brought in by the college provost, handled the projects, which was titled, “Construction of modern lavatory for male and female students block ‘A and B”.

A source in the institution told our correspondent that the funds were part of the N75m “intervention fund” made available by TETFUND for the college.

“The arrangement to build the two toilets for N17, 135, 871 each and N2,593,459 consultancy was made between the provost and the two contractors she brought in. Corruption and fraudulent practices have become part of the school. The institution has corruption in its DNA.

“We have done some research and I can tell you that N6m to N8m if not less can conveniently construct the projects and the contractors will still smile home with good profits at the end of the day. Even the provost herself kniws that she cannot pay a contractor N36m to build toilet in her personal building. But corruption has blindfolded everybody.”

When contacted over the issue, Edema denied any form of fraudulent practices regarding the projects, adding that due process was followed in its execution.

She said, “Personal project and public projects are not the same. I cannot say when I build a personal project it will be the same thing as this. Due process was followed as far as the project is concerned.”