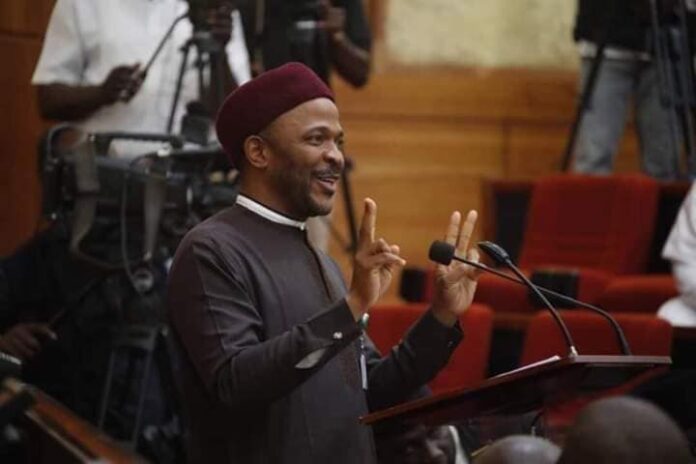 Nigeria’s polytechnic lecturers under the aegis of the Academic Staff of Union of Polytechnics (ASUP) have warned the federal government against reopening tertiary institutions.

The union corroborated the position of its sister union, the Academic Staff Union of Universities (ASUU), that there are no provisions to meet COVID-19 precautionary guidelines in universities, polytechnics and colleges of education.

The president of ASUP, Anderson Ezeibe, made the position of the union known to PREMIUM TIMES in an interview on Tuesday.

According to Mr Ezeibe, the federal government’s plan on resumption is a threat to students and lecturers.

“The truth of the matter is that we need not to be emotional about the resumption. Institutions were closed down for COVID-19 pandemic. The spread is well known and the closure of institutions was precautionary to mitigate it. The question now is what steps have the government taken in tertiary institutions between March and now,” he said.

“If schools resume now then we don’t have any need to have shut in the first place. The agitation of students and parents are only emotional and the position of private institutions owners are mainly for personal gain.”

Mr Ezeibe, however, said the polytechnic lecturers are not ready to expose themselves to risks.

“The truth is polytechnics are not ready. There are lots of practical preparations to be done. Many institutions have up to 10,000 students. We are expecting that before resumption, there should be stakeholders forum where reality steps should be discussed. Before now, polytechnic lecturers and cleaners are outsourced for nearly 10 years. What it means is that institutions rely on contractors to clean. We don’t have good healthcare facilities and many more.

“Are there isolation spaces in tertiary institutions. What about hostels capacities? How will all these be managed? The government simply wants to turn students and lecturers into Guinea pigs. Let there be stakeholders’ meetings for conclusion on resumption. This is the best solution,” he said.

Earlier, ASUU president, Biodun Ogunyemi, had told the media that schools should only be opened when considered safe for students and lecturers.

“They have brought out guidelines and conditions for school resumption, they must now supervise and ensure that those conditions are met. Beyond formulating a policy, they must see to its implementation. So, we are saying it is not just a matter of putting things on papers but implementation from primary schools to tertiary institutions,” he said then.

On August 24, Nigerian government said it was optimistic that tertiary institutions would be resuming soon. The Minister of State for Education, Chukwuemeka Nwajiuba, said the Federal Ministry of Education was working with stakeholders for the safe reopening of schools.

Moreover, the News Agency of Nigeria (NAN) reported that about 78 private universities insisted that they were ready for the resumption of their institutions.