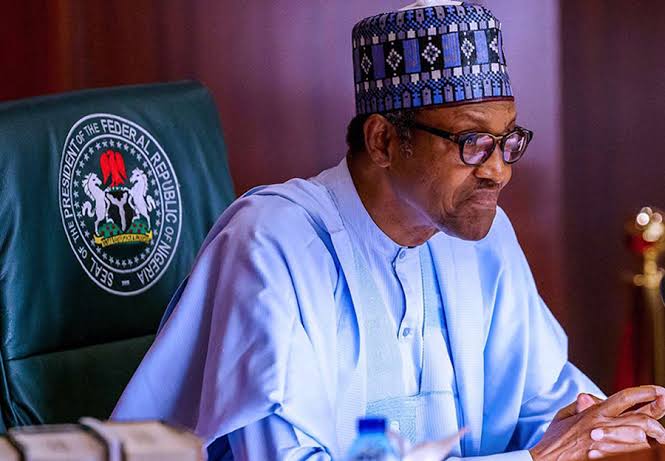 President Muhammadu Buhari has promised to ensure that there will be no repeat of the #EndSARS protests in the country, culminating in lootings and destruction of lives and properties.

The Minister of Police Affairs, Mohammad Dingyiadi, disclosed this to journalists on Tuesday after the President presided over the National Security Council (NSC) meeting at the State House.

“Mr President assures Nigerians that he will do whatever it takes to ensure that a repeat of the #EndSARS protest does not occur in Nigeria again,” Dingyadi said.

“Mr President assured that all stakeholders will be involved in the process of maintaining peace in the country, particularly the youth, community leaders, traditional rulers, politicians, public servants, religious leaders, etc.

“The Federal Government will continue to maintain its democratic, humane and just postures in handling security matters in the country.

“What we are saying is that government will continue to dialogue, listen and carry all stakeholders along in ensuring that there is no repeat of what happened that led to the destruction of both public and private properties”.

Speaking further, Dingyadi noted that the security council highlighted with dismay, the increased cases of banditry and kidnapping especially in the northwest and north-central parts of the country.

Consequently, he said the council resolved to better equip the police with modern-day technology to handle the menace.

This is coming weeks after Nigerians took to the streets to protest incidents of police brutality and human rights violations in the country.

The demonstrations which started off peaceful across the country were, however, at some point hijacked by hoodlums and subsequently degenerated into violence that resulted in deaths, lootings and wanton destruction of property.

The unfortunate twists of events, led state governments to declare curfews as part of efforts to restore sanity.

But with many questions left unanswered and with the protests, shifting back to being strictly on social media, many have hinted at the possibility of returning to the streets to drive home their demands.

One of the most prominent incidents, fuelling the desire, especially having gained international attention is the infamous #LekkiShooting.

The incident occurred on October 20 at the Lekki Toll Gate area of Lagos State, when men in military uniform stormed the protest ground and opened fire on peaceful demonstrators.

While the army initially denied its involvement in the shootings, dismissing the reports as “fake news”, it has now come out to admit that indeed soldiers were deployed to “restore sanity” to the scene on the orders of the state government, after a curfew had been imposed.

The government is, however, yet to make any conclusive statements as to who ordered the shooting, leaving many Nigerians puzzled.

Meanwhile, most states have set up Judicial panels of inquiry and restitution to investigate cases of police brutality and to see that justice is served for all victims.

Asides setting up the judicial panels, the last couple of weeks since the protests ended, have seen different twists including the arrest of some persons said to be financing the protests, proposing a social media bill, freezing of individuals’ bank accounts, as well as passports getting seized – actions which have all intensified speculations of the government’s attempts to clamp down on citizens’ rights.