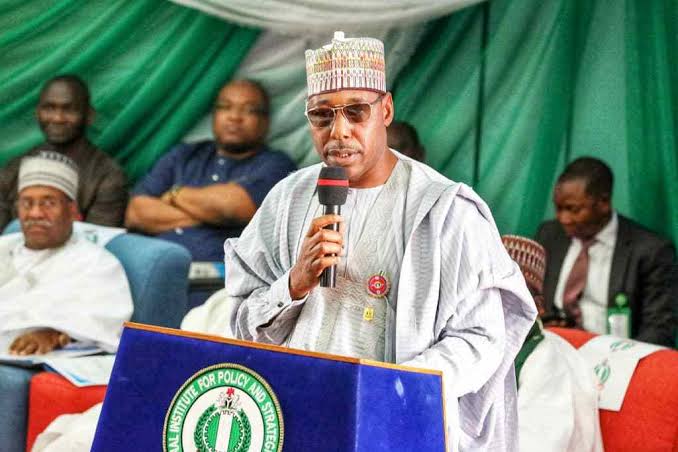 Boko Haram’s decade of terror explained as Governor Babagana Zulum explains that efforts to defeat jihadist group Boko Haram are being undermined by elements of the security apparatus.

He said President Muhammadu Buhari needed to know sabotage within the system was frustrating work to end the insurgency.

Babagana Zulum was speaking bluntly days after his heavily armed convoy suddenly had to flee a town near Lake Chad because of sustained gunfire. And the army blamed Boko Haram.

The governor suggested soldiers were behind it and once again used the word sabotage.

Babagana Zulum also questioned why the Nigerian army was stopping thousands of displaced people from returning home to their fields whilst soldiers were instead cultivating the land.

Governor Zulum is not the first person to essentially suggest that corruption within the military is prolonging the people’s suffering in north-east Nigeria.