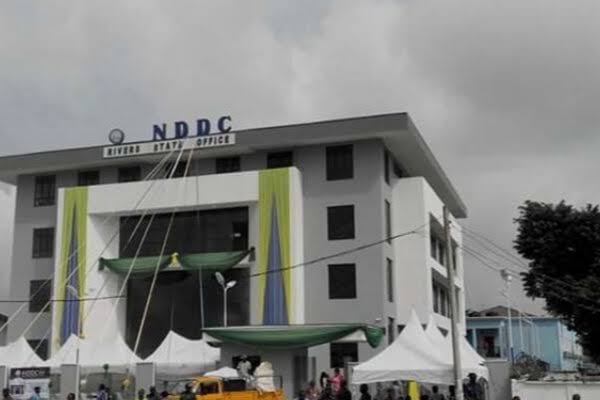 The Niger Delta Development Commission (NDDC), says it has paid over $5.9 million (about N2.28 billion) for tuition and stipends owed stranded scholarship students in the United Kingdom.

Charles Odili, NDDC Director of Corporate Affairs, said in a statement in Port Harcourt on Monday that the commission disbursed the sum to 197 scholarship beneficiaries of 2019.

He added that the commission had also begun processes for the payment of school fees owed 94 scholarship beneficiaries for 2018 batch.

The National Assembly and the presidency are currently beaming a searchlight into the finances of the commission and have so far unearthed several cases of corrupt diversion of funds and mismanagement at the well-funded agency.

In the past, several scholars running programmes abroad under the sponsorship of the commission have complained of being abandoned to their fate.

Some NDDC-sponsored scholarship students recently took to the streets in the United Kingdom to demand payment of their tuition and stipends.

After the protest, President Muhammadu Buhari on August 5 directed the immediate payment of the fees owed to the students.

“In addition, the payment processes for 94 beneficiaries of 2018: 40 for Ph.D. and 54 MSc beneficiaries are ongoing,” Mr Odili stated on Monday.

Mr Odili said the Interim Management Committee (IMC), of the NDDC commend the determination of the Minister of Niger Delta Affairs, Godswill Akpabio, in seeing to the payment of the students.

The NDDC spokesman blamed the delayed payment to the death of Ibanga Etang, the then acting Executive Director of Finance and Administration (EDFA), of NDDC.

“Under NDDC finance protocol, only the EDFA and the Executive Director of Projects can sign for the release of funds from the commission’s domiciliary accounts with the Central Bank of Nigeria.

“The NDDC foreign scholars represent the future manpower and professionals that we are building to help transform the Niger Delta region.

“The foreign scholarship scheme started in 2010, with the objective to address the dearth of qualified professionals in the oil and gas sector,” he said. (NAN)