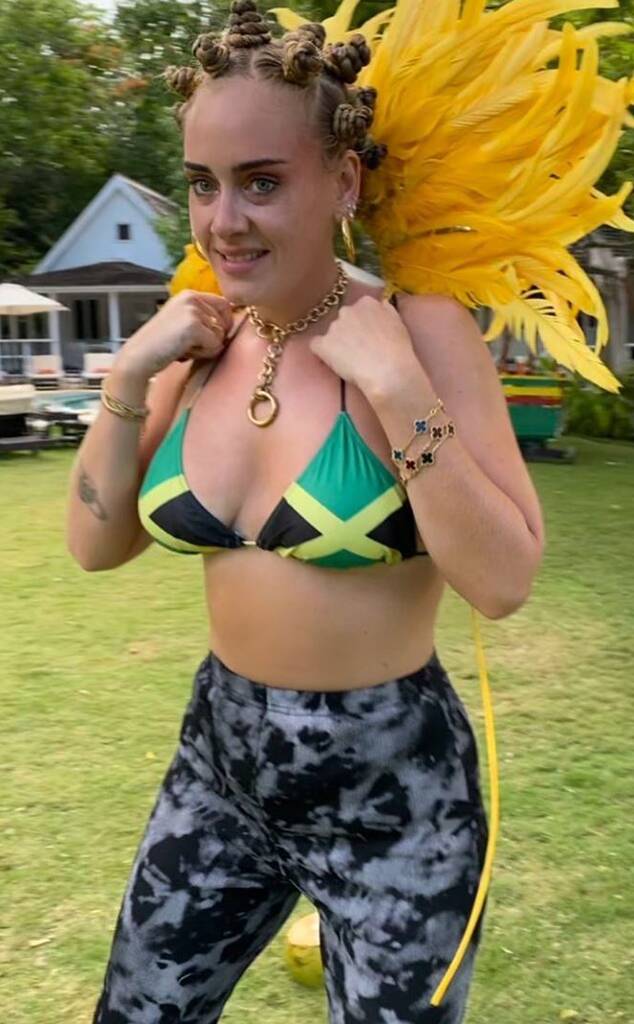 When Adele sang “Someone Like You,” we may not have been ready that she really meant to become someone like us as the singer caused quite a stir when she posted a phot of herself rocking bantu knots.

In the photo that was posted yesterday, the multiple Grammy award-winning songstress can be seen wearing Bantu knots, a Jamaican flag bikini top and other carnival wear popular in Afro-Caribbean cultures.

“Happy what would be Notting Hill Carnival my beloved London,” the British singer wrote in her caption, referring to the second largest carnival in the world, which usually takes place around this time in the streets of west London.

In her post, the “Hello” singer wore the traditional African hairstyle and bikini top in tribute to the carnival, which celebrates Caribbean culture and interracial tolerance. The event would have taken place August 30 and 31, but is entirely virtual this year because of the coronavirus pandemic.

The photo sparked controversy as she was accused of cultural appropriation.

Many expressed the opinion that her bantu knots and wearing the Jamaican flag top were not necessary as many black women were discriminated against for wearing bantu knots.

“Adele dropped that weight and said it’s time for her cultural appropriation era,” scathed one.

“Dear white people, please just be yourselves and stop it for good with cultural appropriation. Adele the bantu knots were unnecessary. The Jamaican flag bikini top was unnecessary… Please just stop it,” another follower wrote.

“Black women are discriminated against for wearing cultural hairstyles like bantu knots and locs but white people are not, that’s not fair and that’s why people are p****d off,” one explained to her.

The “Daydreamer” crooner showed off her weight loss and revealed her very flat stomach and trim waist in her swimwear which she paired with some patterned leggings.

Following her split from husband of three years Simon Konecki in April 2019, the singer took time away from the spotlight to focus on healthy eating and fitness regime.